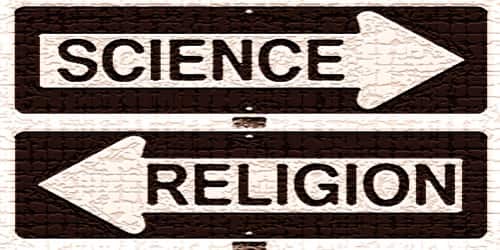 Paragraph On Science Vs Religion

There are some similarities and dissimilarities between science and religion. Science believes in fact while religion believes in something abstract. Religious belief does not need any proof. A religious-minded man believes in God who can never be visible or touched. On the other hand, science searches for concrete. Science does not believe in anything that cannot be proved. Therefore, there might be some conflict between science and religion. But if we think deeply, we find interesting similarities between the two. Science has given a lot to mankind. Because of science, our life has become more easy and comfortable.

One man lived in the cave and had to fight with wild animals for survival. In the primitive age, man’s life was full of difficulties. It is science that has made his life so easy and comfortable. Similarly, without religious belief man’s life is bound to be miserable. People need religion to get mental peace that science fails to give. It is a religion that teaches us morality and fellow feeling. Science is quite mechanical and robot-like. It is a religion that maintains a balance between body and mind. So both science and religion are interlinked and the influence of both on a man’s life is very significant. The end of both is to serve humanity.