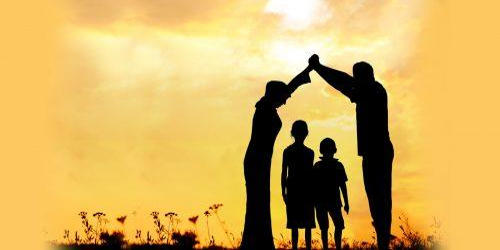 The person who says parenthood is a breeze should have his head examined by a shrink. If I look at how my siblings and I drive our parents up the wall, I think a century of parenting would never prepare any parent for parenthood. Despite the “horrors” associated with parenthood, many would-be parents have no qualms about enrolling for the grand initiation.

First, there is the squabbling baby. The baby cries when he is hungry, full, wet, dry, happy, or sad. Being unable to express itself in an intelligible fashion, it makes sounds which only my mother can interpret. Sometimes, she is spot-on, sometimes, she is way out. When that happens, the whole house turns upside down, and rescue operations have to be launched. We never would know when reinforcements are needed. Believe me, they have no respect for time or situation.

Secondly, there is the preschooler. She is a person with the most imaginative mind in the world. She can cook up the most ludicrous ideas to escape getting into the school bus. She wants poor overworked, sleepy-eyed Daddy to send her to playschool. She likes to arrive in style. Only Dad sees through her subterfuges. Mum gets fooled sometimes but never with Dad. How in Heaven’s name does he know that she’s testing his deductive powers?

Thirdly, there is the child who is on the verge of blooming into a gawking teenager, pimples and all. She is always gazing into the mirror, lamenting the woes of all the unsightly spots on her otherwise pretty face. Mum must have the patience for this job, having to listen to her moans and groans of the tediously long wait to turn into a Princess. That one is Dad’s fault, calling her Princess on her eleventh birthday. Since then, she never ever allows us to forget she was Princess for a day.

Fourth, that is me. Me with the raging hormones and the teenaged angst. I need an outlet, I want that motorbike. Dad and Mum would rather trade their lives than allow me on a motorcycle. I can promise the world but the answer is always no. No one in the family is going to be called a “Mat Rempit”: there are enough candidates on the highways to be listed. My name is not going to be on the list. When I see the photographs of victims and the testimonies, I say a prayer of thanks for such strict parents. Would I too be a statistic like the rest of my parent shad been indulgent?

Finally, there is my brother who is standing, sandwiched between youth and adulthood. He is about to be an adult but he is still being treated like a child. To my parents, he is still their first-born and he is so very precious. They are so protective of him, yet they want him to be a good role model for his brothers and sisters. He can do what he likes but he still has to be home by 12 midnight. Sometimes, he has to account for his movements and that can be rather embarrassing. However, my parents do give him lots of reins of freedom, provided he does not violate any of them. He has yet to be grounded, unlike me.

However, one learns too that each child is a unique individual. What is applicable to one is non-applicable to another. What works for one does not work for the other.

In a nutshell, no one is wrong and no one is right either. Many have come up with unique formulae to parenting. Some are viable, some are not. To each his own. I feel that with the ups and downs of parenthood, I might just stay single.