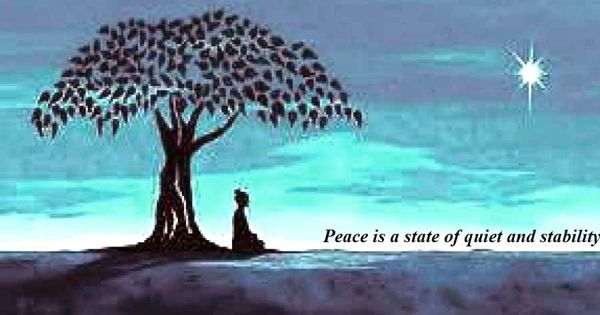 Peace is a state of quiet and stability – an open Speech

Peace is a state of quiet and stability – an open Speech

Peace is a state of quiet and stability. If a country is at peace, there is order, harmony, and tolerance. Its people feel secure and live in relative prosperity. If there is peace in every country, there will be peace in the world. Sadly, world peace is but a dream.

Throughout history, there have been wars; with the two world wars in the 20th century being the most well-remembered. No region in the world has been spared. The African continent has endured more than 20 civil wars since 2005. One of the more recent conflicts is the Syrian revolution which has caused the death of more than 70,000 people by early 2013. North Korea, China, Pakistan, and Iran continue to arm themselves with nuclear weapons and there are fears of a third world war where these weapons will be unleashed. One thing is for sure, there are no fears of another war after that because the earth would be totally destroyed if there were a nuclear war.

What causes these conflicts that destroy peace and lives? Peace is threatened by a combination of factors. The most common causes are greed for resources, thirst for power, and disagreement in ideologies. Many conflicts are a result of one nation coveting another’s resources which include land, water, and oil. Others are due to a leader’s desire to extend his territory and power. Great historical conquerors such as Alexander the Great and Genghis Khan went to war with many countries for both reasons. In modem times, many conflicts have arisen due to different interests and ideologies. As long as these factors exist, peace can never be achieved. It is the nature of man, his greed, desire to rule over others, and intolerance that has led to violence and destruction through the centuries.

Does this mean that there is no hope for a peaceful world? Perhaps not. There are groups of people across the globe that believe something can be done to work towards world peace. The first step is to start with ourselves. We must practice self-control and tolerance personally. We need to teach our children to shun violence, to accept differences, and to turn the other cheek. When harmonious relationships become a way of life in a nation, there will be peace in that nation. And if every nation adopts a culture of peace and harmony, there is hope that the world will be at peace.

The key to world peace lies in your hand and mine. It begins with us. Embrace peace as a personal value, pass on the message to others, support peacekeeping efforts at every level, and see things change. We have the power to make world peace a reality.