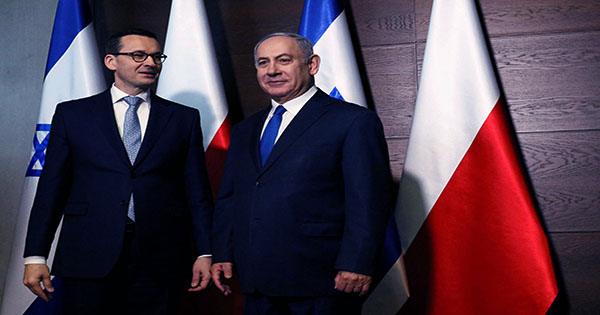 Warsaw: Poland’s deputy foreign minister said Monday he hoped Israel would shift its “attention” to a World War II resettlement bill that the Jewish state has condemned as “immoral”. The bill, which was passed in the lower house of parliament last week, is intended to provide greater legal assurances to homeowners in the face of pre-historic historic claims of Nazi occupation.

But critics say it could prevent Jews from rebuilding property seized during the Holocaust.

Deputy Foreign Minister Pavel Zablonsky spoke after Ben-Eri Yalan was summoned to the Polish Foreign Ministry for information on the new law. Zablonsky said in a televised briefing after Monday’s meeting that Israeli criticism was “inappropriate” and that “we hope the Israeli side’s attitude will change.”

Demands for Jewish property cooled during the communist era, and like other countries in the region, Poland has never had a comprehensive law on restoration since the fall of communist rule in 1989.

Since then, some families who have lost property have sought rehabilitation or compensation, but the process has been chaotic and protracted.

In some cases, fraudulent returns have been made.

The new law sets a deadline of more than 30 years for legal challenges. Zablonsky said Israeli critics had “referred to the Holocaust, which the law does not address.” It shows there is an impression about me; there is a lack of knowledge of the truth.

“This law is not directed against anyone,” he said.

The new law has been approved by the Senate and signed into law by the President.

The Israeli embassy in Warsaw had earlier said that “this immoral law will seriously affect our country’s relations.”