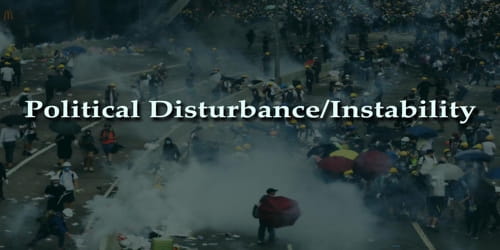 A country’s smooth development and prosperity rest more or less on some important factors like political stability, educated and skilled human resources, freedom of exercising intellectual power, freedom of speech, etc. Among these factors, political stability plays a central role in this regard. In the state of political stability, the government and the people can work freely and smoothly in their respective fields. All the activities go on undisturbed and bring a positive result. But political instability creates total chaos or disorder in the country. It gives rise to cruelty, inhumanity, terrorism among people. General people pass time in scare and depression. All the activities of the country come to a standstill and thereby result in serious harm to the country’s economy. Political instability is the outcome of corruption, unemployment, poverty, illiteracy above all immorality of the major political parties of the country. The general people want peace and harmony in the country. In our country, for example, there are some classes of people who are not interested in politics but desire the gradual development of the country. In third world countries, the political parties get themselves involved in the nasty game or politics. So to get rid of this situation, creating public awareness or consciousness is the first and foremost step. Only educated people can make good governance in the country and thus avoid such an unwanted situation.