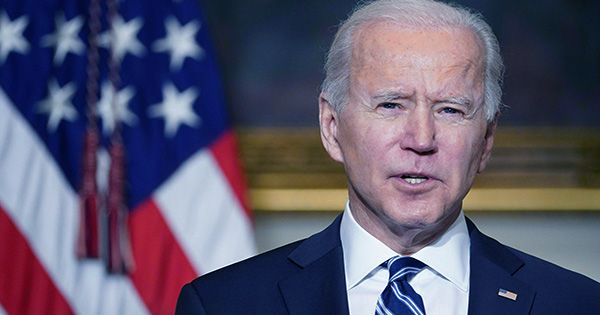 This week, U.S. President Joe Biden issued a far-reaching memorandum on the restoration of government through scientific recognition and evidence-based policymaking. Similar to an executive order, the directive seeks to prevent “undue political interference” in the work of scientists and to emphasize the use of evidence in policy-making. To support this, President Biden will sign an executive order re-establishing the Council of Advisors to the President on Science and Technology.

Biden stated in the preamble of the memorandum, “Evidence-based decision-making is driven by the best available science and data. Scientific and technical information, data and evidence are central to the development and repetitive improvement of sound policies, and to the delivery of equitable programs, across every area of government. Scientific findings should never be distorted or influenced by political considerations.”

The Office of Science and Technology Policy (OSTP) tasked with ensuring scientific integrity across all federal agencies. The Biden-Harris administration’s nominee for the position is mathematician and geneticist Eric Lander, who previously served as vice president of President Barack Obama’s Science and Technology Advisory Council.

If confirmed, Lander will call an interconnection task force to review the effectiveness of the scientific integrity policies of various agencies and departments. This review will conducted within 120 days of the appointment of its members and the taskforce will provide a framework for improving the scientific integrity of federal agencies in both policy and practice. Changes are also coming to each individual federal agency. If an organization oversees, directs, or funds research, they must appoint a Chief Science Officer. Their role is to ensure that any research activities conducted faithfully, protecting scientists and their work and preventing repression or data distortion.

Memorandum also works with agencies to find their current scientific advisory committees. “Within 90 days of the date of this agreement, the heads of agencies will review their current and future requirements for independent scientific and technical advice from the Federal Advisory Committee, commissions and boards,” Section 7 of the instruction. Agencies may also review whether presidents want to reinstate disbanded advisory panels under Donald Trump.

In particular, the memorandum called on the heads of federal agencies to ensure that current and future members of these committees reflect and represent the diversity of gender, race, ethnicity, and geography in America. The memo states: “Unfair political interference in the work of federal scientists or other scientists who support the work of the federal government and undermine the well-being of the nation when communicating scientific information, contributes to systematic inequality and injustice, and violates the belief that public places of government serve its collective interests to the best of its ability. “