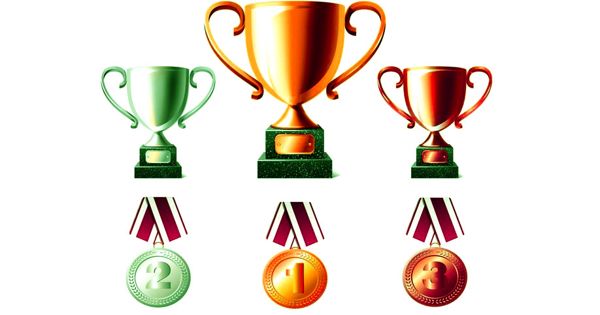 It was in the month of February. By then the names of the recipients of prizes and medals on the results of the last examination had been announced. A day was fixed for the award of these to the happy winners. We, who did not win any of these, were no less happy for anything that contributed to the glory of our institution was a matter of rejoicing for all of us. The vice-chancellor himself had consented to preside on the occasion. So we set about decorating the premises, and the artists among us were soon busy mapping out the design to be followed. The ceremony was fixed to start at 4 p.m. by then everything was spick and span. The flowers and festoons artistically laid out gave a gala appearance to the whole scene. The entrance to the building and the hall in which the function was to take place, were tastefully decorated with an eye to the occasion.

By three-thirty the invited guests began to come in. the volunteers with their distinctive badges were all attention to them. They guided the distinguished citizens of the locality of the seats specially reserved for them. The back seats and the side spaces were crowded by the students, who were in their happiest mood. As the seats were filled up, there was a hubbub of subdued voices, man and women talked with each other and exchanged greetings and comments.

Punctually at four the vice-chancellor come in. students provided the guard of honor and made a brave show of it. The principal and the teachers conducted him to the seat of honor. A loud burst of cheering welcomed him as he took his seat, and he bowed his acknowledgment. We see his face wreathed in smiles as he spoke to those around him.

The proceedings began with the singing of “The National Anthem” – all us standing as the solemn music rose and feels and rose again with the final note of triumph. The principal then read his report. He recounted the developments that had been carried through during the past year, the achievements of our ex-students in various fields of activity, and our present students in their studies as well as in games and athletics. He also spoke earnestly about the many difficulties which faced the institution; lack of funds, lack of building space undesirable over-crowding in the classes, absence of opportunities to bring out the best that was in each one of us. He made a moving appeal to the government and the public not to treat education as a subject of lesser importance than any other, for on it depends on the fate of the future generations and the welfare of the country as a whole. There was sincerity in his speech which went straight into the heart of the audience.

Then the main ceremony began. The principal called each recipient by name announced the subject in which the award was made and the place of honor occupied. The winners of the topmost awards were vigorously cheered by all, while their friends shouted words of good-humored encouragement, not unmixed with some chaff. The sportsman, I could see, were by far the most popular. When the colors were awarded, the cheering was loud enough to be heard for miles. It seemed that those who cheered were perhaps happier than those who received the prizes and medals, for the winners were somewhat shy and ill-at-ease to be thus thrust into an unaccustomed promotion but the cheers were quite spontaneous.

Finally, the president rose to speak. He congratulated the institution, the teachers, the students, and in fact everybody on the good work done in the past year, and observed that all this could be because there was co-operation all round. He hoped that the principal’s appeal for help from the people and the state would not go unheeded. He gave us student’s valuable advice which certainly did not seem to fall on deaf ears. And then came to the most welcome announcement; the least that he could do the express his appreciation was to grant us a day’s holiday, which was received with great joy and loud cheers.

With the customary vote of thanks proposed by the senior-most teachers and seconded by our most brilliant students, the function came to an end. The president was taken to his car. The cheering was tumultuous; and slowly, as the evening faded into darkness, the gathering broke up and dispersed. It was quite an enjoyable evening.