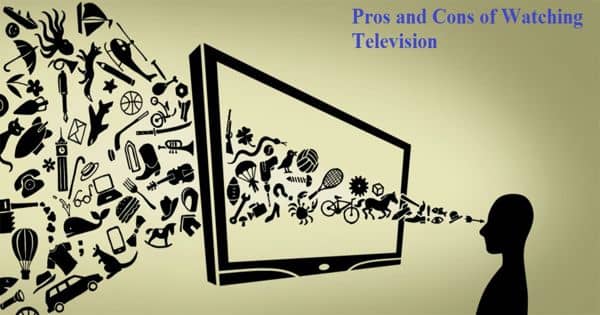 Pros and Cons of Watching Television – an Open  Speech

Pros and Cons of Watching Television – an Open  Speech

One topic that has always been controversial is whether television is good or bad for us. Many parents have condemned television as being nothing more than an `idiot box’, while others have spoken much about the benefits of television. I believe that the truth lies somewhere in between. While watching television does have many benefits, it also has some drawbacks.

The main benefit of watching television is that it enables us to learn new things. Programs such as National Geographic supply us with a lot of information about nature, history, culture, and science, while others, like CNN, provide us with news of what is happening around the world. Watching drama series is actually quite educational too as it shows us human behavior, the effects of common social problems such as family breakups, alcoholism, and racial discrimination, and how to deal with such issues. Besides educational value, television also provides us with entertainment right in our homes. It is a convenient and inexpensive way to spend some of our leisure time. 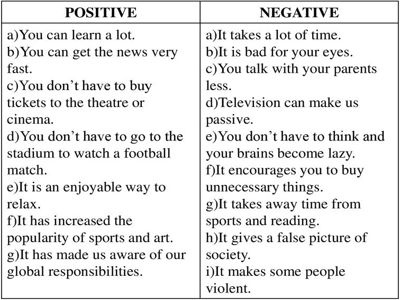 Another problem with television is that not all the programs are good for the viewers and especially young viewers. Some of the modern shows portray negative values like selfishness, cruelty, vanity, jealousy, dishonesty, and even vengefulness and hatred. Desperate Housewives and Mean Girls are two examples of such shows. These shows seem to say that gossiping, taking revenge, and having extramarital affairs are normal and acceptable. They may influence young people who watch them do the same. That is why parents and adults should ensure that children only watch programs with positive values.

To conclude, watching television does have both pros and cons. It is up to us to choose what we watch carefully and only watch in moderation, so that we may enjoy the benefits without risking the drawbacks.