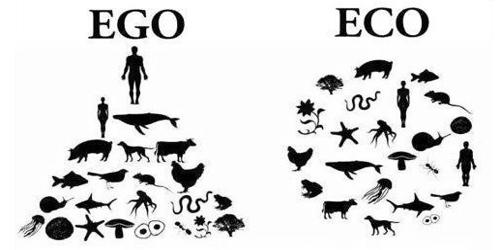 In the first instance, there is the deforestation or clearing of natural forests. In the name of development, the land is cleared for construction projects, mining, timber production, the building of dams and draining of wetlands

Such activities result in flash floods, landslides, and soil erosion. Wild animals are robbed of their natural habitats. With fewer trees, there is an increase in carbon dioxide but a decrease in oxygen production.

What follows next is the excess fertilizers are washed into lakes and rivers, thus stimulating algae growth. At the same time, the water quality in these waters is affected and fish die. Overuse of herbicides and pesticides produce toxic that affects the food chain which filters into agro-based food products, ending up in the human body.

In the third instance, man’s switch from agricultural to industrial-based economic activities, from horse-drawn carriages to motor vehicles, and open burning have produced various air pollutants.

In the air, there is invisible carbon dioxide, sulfur dioxide, oxides of hydrogen, carbon particles, lead, and carbon monoxide. We get smog (eg. the yearly haze) and acid rain. Then we experience heat because of the greenhouse effect and ozone depletion.

In the final instance, man dumps domestic and industrial waste. In addition, we have an improper and inadequate sewage system.

The ecosystem (the air and the waters) is endangered with chemical-polluted waters or micro-organisms that are dangerous to health as well as emitting foul and stale smells.

What can we do to ensure a balanced ecosystem? A concerted effort is needed to develop and manage a viable system to protect the ecosystem.

First, there should be enforcement of environmental laws. Implementation of laws to control pollution eg. Environmental Quality Acts 1974 (water quality) and1989 (waste treatment) should be strictly enforced, without fear or favor.

Third, further to agricultural policies, there should be biological pest control.

Next, every citizen, from the young to the old, should be educated on the benefits and ways of recycling, reusing, reducing, and renewing in and of the environment.

In conclusion, knowing about the abuses of the ecosystem while implementing steps to ensure a balanced ecosystem is not enough. What is more urgent is for constant co-operation plus action by all Earth’s residents.