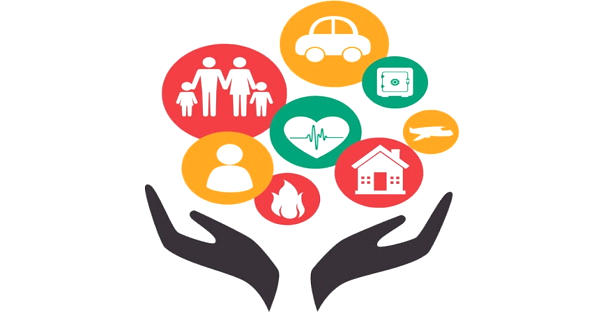 “Health is a state of complete physical, mental, and social well-being and not merely the absence of disease or infirmity” (World Health Organization). Good health requires the provision of health care for the prevention and treatment of disease and injury, good nutrition, and safe environments. The health of populations has many links with other sectors, such as economic, education, water and sanitation, and gender.

Poverty is both a cause and an effect of poor health. The poor suffer more and face more serious consequences from ill-health. Developing countries also have less capacity to provide basic health services for their people.

Great gains in health have been made over the last fifty years as the result of improvements in income and education, with accompanying improvements in nutrition, access to contraceptives, hygiene, housing, water supplies, and sanitation. The underlying threats to good health are well known and affordable solutions are frequently available but because of weak government capacity potentially effective policies and programs often fail.

Some of the key health areas are:

Public health systems: Public health aims to prevent illness and injury, control the spread of disease, and enhance the current and future well-being and quality of life of a nation’s population. Activities include health education, provision of drugs, immunization, and family planning, the supply of clean water, and sanitation.

Nutrition: Access to sufficient, safe, and nutritious food is an important way to prevent disease, strengthen immunity and build better health. Although often invisible, malnutrition affects nearly 800 million people worldwide, especially the poor. It maims, cripples, blinds, and kills. Young children are especially vulnerable to malnutrition, those surviving may suffer ongoing disease and disability, affecting their ability to learn and develop to their full potential.

Immunization: Access to immunization, the protection from diseases by stimulating the body’s own immune system to develop antibodies against subsequent infection or disease varies greatly across the world. A child in a developing country is ten times more likely to die of a vaccine-preventable disease than a child from an industrialized one. Immunization is among the most cost-effective interventions. Since the 1980s, considerable progress in immunization against measles, polio, peruses, diphtheria, tetanus, and tuberculosis have been made, although worldwide average vaccination coverage of children under five fell from 80% in 1990 to 74% in 1999.

Malaria: Malaria is a common and serious tropical disease transmitted by mosquitoes and characterized by high fever. It causes at least 300-500 million cases of acute illness and 1.3 million deaths each year, 90% of which are in Africa. It is the leading cause of death in young children and is also particularly dangerous for pregnant women, causing severe anemia, miscarriages, stillbirths, low birth weight, and maternal death. Malaria traps families and communities in a downward spiral of poverty, disproportionately affecting poor people who have limited access to health care and for whom the loss of income and education has an ongoing impact. Key interventions to control malaria include prompt and effective treatment with artemisinin-based combination therapies; use of insecticidal nets by people at risk; and indoor residual spraying with insecticide to control the vector mosquitoes.

HN/AIDS: The Human Immunodeficiency Virus (HIV) infection causes Acquired Immunodeficiency Syndrome (AIDS) and causes the breakdown of the body’s own system of protection. An estimated 33 million people are living with HIV/AIDS with 95% of global infections in developing countries.

HIV/AIDS threatens to reverse years of development and put at risk the political stability and economic security of these countries. It attacks people in their most productive years, destroys communities, and disrupts food production. Heavy burdens are placed on already weak health services. There is no effective cure for HIV. It is a complex social issue that involves changing attitudes and behaviors. Antiretroviral drugs, combined with good nutrition and good health care to fend off opportunistic infections, can limit the effects of HIV.

Water and sanitation: Around 1.8 million people die every year from diarrheal diseases caused by lack of safe drinking water and adequate sanitation. At any one time about one-half of all people in developing countries are suffering from diseases associated with water. Diseases may be caused by drinking water contaminated by human or animal waste, insects which breed in water or parasites. The energy expended carting water long distances also has a health and time cost on women and children. Improved access to water and a knowledge of hygiene and management practices can lead to improved health.