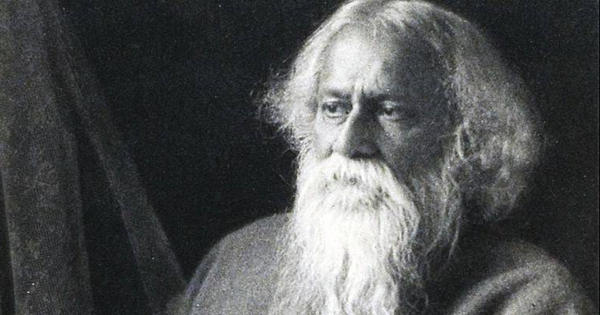 Birth and parentage: The author I like best is Rabindranath Tagore. He was born on the 6th of May, 1861, in the famous Tagore family of Jorasanko in Calcutta. His father. Debendranath Tagore was held in high esteem for his saintly life.

Early years and education: Rabindranath’s early years were spent in case and comfort. He was sent to school at the usual age, but he felt uneasy within the four walls of the school and often played truant. His brother, Jyotirindranat, recognized his genius and made arrangements at home for his proper education. So, though he had no regular schooling, he had a liberal education of a high order. A few years later, he was sent to England. He spent a few months with Prof. Henry Morley at the University of London studying English literature and then abruptly returned home.

Literary activities: It is impossible to even give a brief summary of Rabindranath’s literary works and activities. Even when he was a mere boy, he composed, as many as six books of poems and lyrical dramas. He showed distinct signs of the originality of his genius in his Sandhya Sangit. Thereafter his lyrical genius found effusion in such excellent workS as Prabhat Sangit, Chhabi-O-Gan, Kari-O-Komal, Manashi, Sonar Tari, Chitra, etc. His lyric sounded a new note and raised the tone of Bengali poetry. His other well-known poetical works are Chaitali, Kanika, Katha-O-Kahini, Kalpana. Na Abeyta, Sahamaran, Shish, Utsarga, Kheya, Gitanjali, etc. He selected a good number of songs and poems from Gitanjali and some other works and translated them into English. In 191.3 he was awarded the Nobel Prize for the translated version of this collection entitled Gitanjali or, Song Offerings. Notable among Tagore’S later books of poems are Balaka, Shishu Bholanath, Purabi, Parishes, Shesh Saptak, Shyamali, Prantik, Nabajatak, Janmadindy. Arogya, Shesh Lehka, etc.

The versatility of his genius: Rabindranath was a versatile genius. I-le wroth poems, novel short stories, dramas essays and excelled equally in all. His novel has brought about a change in Bengali literature. Choker Bali is his first psychological novel arc Naukadubi, Ghare Baire, Shesher Kabita, Jogajog, Chaturanga, etc. He also wrote a number of drams which include Chira Kumar Sabha, Rakita Karabi, Raja-O-Rani, Ilisarjan, and others, His short stories are many. They are all noted for their exquisite beauty. His various essays and letters are all famous for their literary qualities.

His patriotism and cosmopolitanism: Rabindranath was a great patriot. But he hated narrow nationalism and developed a cosmopolite spirit. He traveled widely and visited all the important centers of the world. To give concrete shape to his dreams and ideas and to train up the younger generation in the cosmopolitan spirit, he founded the University of Biswabharati Bolepore.

Death: Full of glory and honors, Rabindranath passed away on the 7th of August, 1941 at his Calcutta residence. So people celebrate this day with due solemnity and befitting.