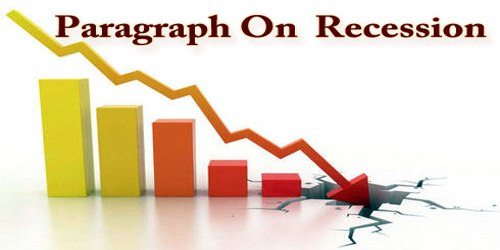 Generally, recession is an extended decline in general business activity. A prolonged (three or four years) recession is referred to as an economic depression. There are many causes of the recession. Most economists believe that recession is caused by inadequate aggregate demand in the economy. Destructive wars in many parts of the world consume a lot of public wealth. Production becomes obstructed. Human resources are not used properly. Besides, an acute sense of insecurity among the people contributes to the formation of recession. Recession is the period when the economic output is decreasing instead of increasing thus having the effect of reducing tax revenues to the government. This Forces the Government to dig deeper into reserves and external borrowing to suffice its expenditure, thus plunging the economy into debts, causing effects such as inflation. Inflation directly boils down to the individual citizen who has to spend more on goods and services as the cost of living escalates.

The effect of the recession on a developing country like Bangladesh is alarming. It directly affects the export-import activities of the country. Our garments industry which earns 76% of our total export income has already been threatened by an acute uncertainty. The real estate business is experiencing a decline. Many shareholders have already lost everything. Some banks are on the verge of being bankrupted. Unemployment problem is already at its zenith. Many companies are making a decision to give many of their employees a golden handshake. The most alarming effect of recession is that it is breaking down social harmony. Anti-social activities are increasing and corruption is still on the rise. The economic recession is undoubtedly alarming for Bangladesh. BGMEA leaders have already attracted the attention of the government to take necessary actions against this global recession. The government has also announced a subsidy for some particular sectors. But the economists behave that some effective steps must be taken by the Government immediately. Otherwise, our country will face an unpredictable economic catastrophe.