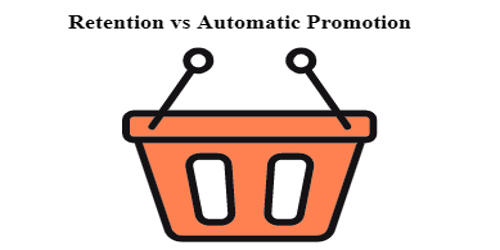 I believe it would not be fair to him if I state my stand without presenting an objective view of the situation.

To begin with, I would present the advantages of remaining in the same form for another year. After that, I would look at the disadvantages of being promoted to the next level.

In the first place, retention gives him the opportunity of relearning all that he had learned previously. Furthermore, his previous learning would be further reinforced with relearning and revision. Compared to other learners of the same age, he needs extra time to learn and to understand. What is more important is that he becomes more confident. Besides, he knows all the stuff; therefore, he just needs to apply them.

Secondly, he has to improve his study skills and techniques. I believe that an additional year at the same level would polish his learning abilities. In addition, not being in an examination class, there is less pressure. He has more time to study at his own pace. Be doing so, it would enable him to perform without any pressure. Once he does just as well as his form mates, his zeal for learning would return. His achievements would raise his own self-esteem.

Thirdly, different children develop physically and mentally at different rates. No two persons are alike. Einstein and Winston Churchill were not brilliant students in school. One became a famous scientist and the other a much-admired politician. Some people are late developers and some are early bloomers.

I have presented the three advantages of retention. Now, I shall give my views on automatic promotion.

The first disadvantage is that another level means new materials to be learned. He has not yet truly comprehended the old materials that he learned the previous year. The crux of the matter is that whatever is learned in one year is the basis for the next year’s work. A weak foundation can bring about a tumble. Not only has he to study hard, but he can also find it nerve-racking. It cannot be doubted that when an average student finds it difficult to understand, what more a struggling student?

The second disadvantage is, he has no time to brush up on his previous year’s work for he has loaded in the current year to understand and to learn. Undeniably, he may find it such an uphill battle that he loses courage and just surrenders. That cannot be allowed to happen. A student must see light at the end of the tunnel for him to continue to persevere in spite of great odds against him. Giving him a second chance of “recouping” his losses would set him on the road to success.

Thirdly, no two persons learn, understand, retain, and assimilate then regurgitate at the same constant. There are too many variables and preconditions and hypotheses.

Having presented both views: the advantages and drawbacks, I have to let him decide for himself. He has to take into consideration his own sense of humble pride and his particular talents besides all the other factors. There is no shame in accepting his shortcomings and bravely acting on them. There is no wrong or right decision. It is right for that moment in time. Then only can he make a decision which should assist, not hinder, his progress?