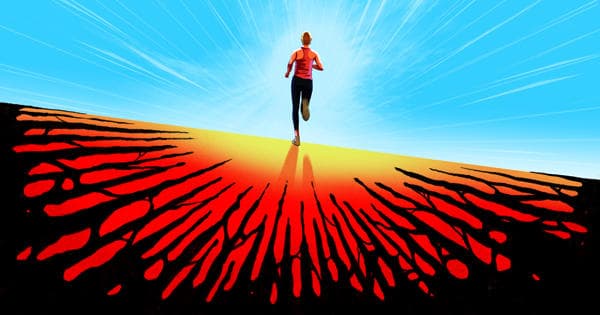 Running away – an Open Speech

Running away – an Open Speech

Aminah was sad. This was not uncommon. She was sad every day. Her mother had run off with a man she met at her workplace last year. Her father was depressed. He seemed to be on the verge of a nervous breakdown. Many a night he would come back crying out, “Why, why did she leave me?” At times, when he spied her cowering in a corner, he would lay his hands on her. Soon, her body was covered with welts and bruises.

Aminah’s school grades deteriorated. It was unfortunate that the teachers were only interested in her test results. They nagged at her about her work as her school was in the top 20 based on national school rankings. She felt that her teachers were not the ones whom she could confide in about her plans.

One day, her patience gave way, and her will to see the miserable day through wavered. She decided there and then to leave home. “Where?” she wondered. She did not know. All she knew was that she had to get away from it all: a horrible father and school.

Packing some necessary documents and a few precious personal belongings, she fled. She would leave her future to the gods.

The next few days passed in a blur. There was confusion, uncertainty, and suffering. In her heart, she knew that running away would not solve her problems, but she had to do something. The first night saw her sleeping in the void deck of an unnamed block of a flat near her home. Curiously enough, she did not feel hungry. Perhaps, she was keeping a wary eye on the strange surroundings. In addition, she was feeling too miserable. Fortunately, she passed the night undisturbed.

The second day, however, brought fully the realization of her decision to run away. After a skimpy breakfast, as she had to stinge on her scant savings, she was still hungry. In the afternoon, she walked about aimlessly in shopping centers to pass the time. By nightfall, she had actually begun to long for the familiar surroundings of her home. However, passing the second night peacefully in the void deck she had spent the previous night was something to be thankful for.

Meanwhile, Mr. Ahmad, Aminah’s father, had realized her absence. After checking with teachers, friends, and relatives, his initial anger subsided. It now turned to panic and then to remorse and worry. She was after all his own flesh and blood. She was merely an innocent victim of his hatred towards her mother. The police and media were alerted. The once depressed and inebriated man had become fully aware of his past and present actions.

On the fourth day of her running away and after a sleepless night, he awoke to a heavy knocking on his door and excited shouts from his neighbor,

Ali. “Wake up! Wake up! Ahmad! Your daughter has been found.” With trembling hands and a pounding heart, he reached out for the newspaper his friend had thrust out to him. The title of the article read:

“Missing girl found after narrowly escaping would-be rapists.” The article is related that Aminah had spent her third night washing up in a toilet near Ikan Bus Station. There, she had befriended some illegal workers who had invited her to their shack. However, just past midnight, they made an attempt to capture her. One man held her while the other attempted to rape her. Fortunately, her screams unsettled them. In a moment of inattention from them, she escaped their clutches and fled from the shack. A chase ensued around Ikan Bus Station.

Fortunately, her cries for help were heard by a group of passers-by. They gave chase. Her pursuers fled but were apprehended later by the passers-by and police. Aminah was then held in police custody.

Mr. Ahmad rushed to the police station where his daughter was held. There and then, he understood why the police had not attempted to contact him. His daughter had told the police her sad story of his abuse. What followed was a very touching scene. Both father and daughter were allowed a meeting before the latter was taken away. In that meeting, Mr. Ahmad knelt before his daughter and asked for her forgiveness. She shed tears uncontrollably and nodded.