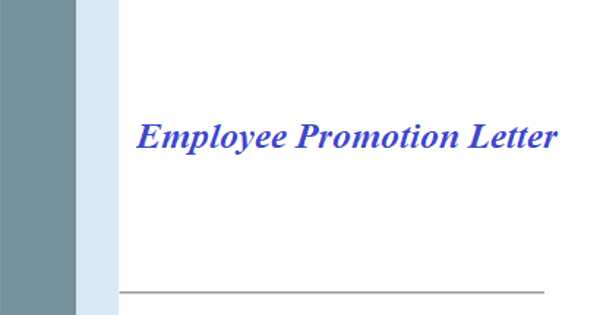 [A Promotion Letter to Employee is a formal document stating that the employee was promoted to a higher job position. It is written to convey one’s interest in seeking a promotion from the management. The letter should have a recap of the experiences the employee has had within the company. A good Employee Promotion Letter should consist of the amount of salary increased and the obligations for the new job position. A letter of intent for a promotion can give evidence of the employee’s interest in moving their career forward to their supervisors and other managers. The employee should talk about his/her accomplishments in the organization and discuss how he/she will do justice to the new position. Being promoted increases the employee’s trust and loyalty to the company.]

Date: DD/MM/YY (The Date on Which Letter is Written)

Dear Mr./Mrs. (name of the employer),

I have been working in my current position of (designation) for (duration) years and have excelled in the various responsibilities I have taken up during this tenure. (Describe in your words). I have performed consistently, meeting and even exceeding the expectation of my supervisors, which can be seen in my appraisals. (Describe your job qualification and expectation). I have constantly been taking up additional responsibilities and have been filling up for other positions quite often.

Thank you for your time. (Cordially describe your greetings). I am looking forward to having a meeting with you and discuss the same.

(Name of the issuer)

(Designation of the issuer)