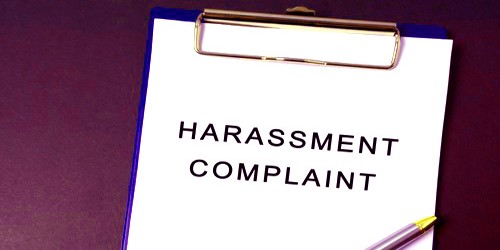 I, (sender’s name), write this letter to report to you with an incidence that happened to me at my office. As a personal assistant of the Manager, I have to be at his/her side all the time. (Describe in your own words). As I joined work s/he was very friendly to me and helped me settle in the office. But recently s/he has been very over-friendly in a very uncomfortable and vulgar way. (Describe actual problem and situation).

S/he has been talking to me in a very indecent way and his/her actions have been very predatory recently. (Explain total situation). I have already reported to the Office’s management but as per the senior’s authority, no action has been taken against him/her. (describe your requirement).

I request you to please review my case and take action against my senior.