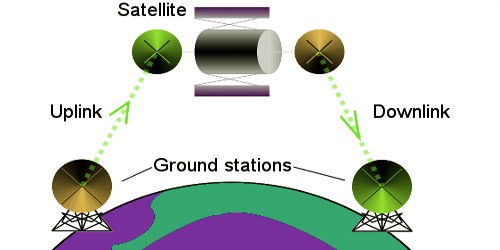 Satellite TV Channels are the most widespread modes of entertainment in the present world. These channels have a great contribution to our knowledge and education. They also have great recreational value. Satellite channels mean the foreign television channel that we can use by means of satellite and dish antenna.

It is a fact that satellite TV Channels has some positive aspects. The satellite channels provide people with round the-clock-news service and keep them informed of the latest affairs happening around the globe. Various Channels like Discovery, National Geographic, History channel, etc. telecast reports on new discoveries, animal world, weather, agriculture, world heritage, etc. We learn about various ways and styles of life and different attitudes. We can compare our own culture and views with those of the others and thus promote our capacity of adjustment. Some channels show reports and analysis of financial activities around the world while some other telecast cultural programs, movies, dramas, live sports, etc. Besides, Satellite TV advertisements are used on a large scale to promote the marketing of every industry in the world.

But many channels show obscene and vulgar films, violence, indecent music videos, etc. The teenaged viewers of these programs might easily be misled. They may be morally degraded. Vulgar and nude programs on satellite TV attract young people. Some channels cause cultural decay and moral degradation by telecasting obscene and violent movies, music, dance, and song. They demoralize the young generation, the vital force of a nation. Again, when they see sensational murder and violence in films, they may turn violent and aggressive and even may be inclined to practice what they see on satellite television. Young people most often watch exciting films on violence and crime. It is a reality that the lifestyle of many people is badly changed by the direct influence of satellite culture. Some people may simply get addicted to satellite TV channels and can waste their time and energy. Some people consider that satellite TV channels are the cultural aggression of the west in developing countries. Therefore, we must modify the present system of televising the programs through proper filtration.

We cannot but admit that satellite TV channels are the boons of modern science and technology. But they have mixed effects on society. A user who is wise and intelligent can be highly benefitted from the programs whereas a general viewer can be badly influenced. We should try to imitate what is good in satellite culture and give up what is bad there. So we have to be careful while watching the satellite TV channels.