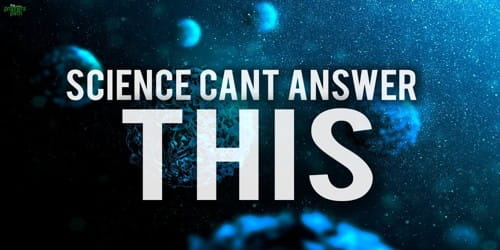 Science can never provide a final answer or things, it is only a way of studying them – An Open Speech

It is somewhat rash to assume that the only role of science is to answer the question ‘How?’ That was true in the days of Newton when an educated person could have a grasp in an outline of all human knowledge. Science then filled some of the gaps left by the deliberations of the philosopher and the theologian. Since then, it has far outstripped the contributions of both. Philosophy has degenerated into the historical study and has no modern contribution to make. Theology has made no advance since the Middle Ages. The mantle of seeking answers to man’s most fundamental questions has fallen on science. Whether these questions will ever be answered is an entirely different matter, but there is no other way ahead. So the topic-statement is fundamentally wrong.

By ‘science’, of course, is meant physics, which is fundamental to all studies – chemistry, biology, astronomy, indeed all macro and micro investigation. Physics has identified the laws which keep the universe in a state of equilibrium, and today seeks a unified theory to account for the space-time continuum necessary to the existence of that equilibrium, and the various other ‘dimensions’ beyond the four known which are postulated. So science moves towards the first philosophical question, ‘Is there a unified theory, or are events ultimately random?’ The answer to this question, if ever found, leads to the far more fundamental question, ‘To what extent, if any, id God (the Creator) limited by his own creation?’ The determinism of Laplace is now seen to be totally beside the point and belongs to a mechanistic view of the universe which can no longer be sustained. Today, science is moving rapidly towards a ‘chaos’ theory which takes into account God’s freedom of action plus the predictable results of laws already known to us, and also unpredictable events.

It is interesting that whereas the old scientific determinism either limited to the Creator’s function or precluded the necessity of a Creator, or saw the Creator as totally detached from his creation, science today is begin forced into a belief in God. It also moves towards an acceptance that the scientifically unknown area, the God – mankind ‘personal’ relationship, is not only feasible but likely. So science has become much more than ‘a way of studying things’. Whether science can get beyond this point is a matter of conjecture. At a shrewd guess, science may well establish the possibility of ‘eternal life’, without being able to advance any more proof than could the old-time theologian. World religions have always said that such a belief depends on revelation and personal faith, and it may well be the Creator’s intention to keep it that way. Faith, at least, would be greatly devalued if it could ever become the subject of scientific proof, whatever that may be.

Another answer, again stemming from the ‘chaos’ theory, is to the co-existence of good and evil. If there is a Creator, it follows that evil, at least as understood by humanity, must have been allowed to enter the world-scene at some point, but deliberately. Redemption from its consequences is another result, and history is the record of the struggle between the two forces. This says science, although leading to apparently random results, such as the little child stepping under the bus, or death from cancer, is not random at all. All the same, it may stem from ‘chaos’, if this is seen in conjunction with a belief in the indestructibility of the human personality. So, say the faithful, ‘God not only creates, He cares’, and science today is not disposed to reject this possibility, the two approaches may converge on the same point. The processes of the universe are incredibly diverse and complicated, so why should the possibility of life after death be ruled out?

Such a belief is an essential corollary to any concept of justice in the Creator’s character. This is not justice merely in the sense of retribution. The early Jews believed the Creator got so fed up with humanity that He destroyed them in the Flood but made a fresh start with Noah’s family and the paired livestock’ Divine justice is part of the concept of Divine Love, which postulated creation, with mankind as it’s highest sentient form, as an expression of that love.

So the great world religions have this at least in common with modern science; there is a benevolent Creator who offers post-earthly life in some other dimension in exchange for the human response of kindness and observance of the revealed moral law. Justice, therefore, moves into an eternal setting.

A religious scientist will find no essential disharmony between his or her faith and the scientific outlook. The great questions of life have satisfying if unprovable answers. Some of the inadequacies of religion, such as early church doctrines of the cosmos, and strictly Bible-based theories of the origin of species, have been corrected by scientific investigation without detriment to the central core of belief.

Where science, or more precisely the scientist, inevitably falls short is in the application of an essentially simple moral code to the complex issues raised by scientific advance. Genetic manipulation is a case in point. The whole question of in-vitro fertilization is highly controversial.

All that is on the local scale. On the grand scale, the Creator may, or may not allow the discovery of a unified theory of the universe which will provide answers to supplement, rather than displace the answers already provided by the higher religions.