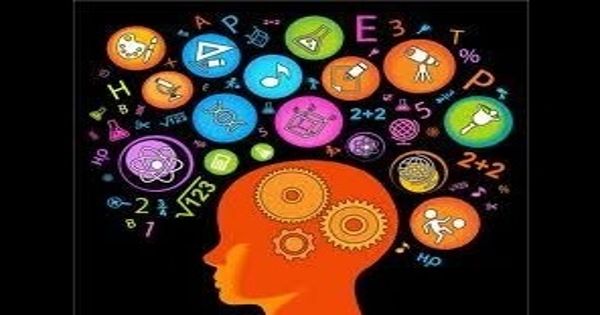 Science in the Modern World

There was a time when the scientist in Europe was looked upon with fear and suspicion. He was the alchemist, the magician. He was supposed to deal in evil things with the help of evil forces. He was persecuted by the Church and the State. But gradually the situation changed, until today in the twentieth century. Science has become a highly regarded profession like Law or Teaching. Science has become the fundamental basis of medicine, engineering, and technology, this has possibly given the modern scientist a sort of privileged status in society. He stands somewhat aloof from the rest of the society, dedicated to the pursuit of things beyond the under-standing of ordinary people. Science has become an exclusive profession that needs long years of training and apprenticeship.

And yet science is different from other professions. Unlike the others, the scientist can demand no immediate reward for his work; he has no ready market for the disposal of his discoveries. A lawyer argues a case and receives immediate payment. A doctor treats an illness and demands his remuneration. An engineer builds a house or designs a machine, and he has to be paid for it. But who will buy a scientific theory however basic it might be?

In bygone days, therefore, science used to be the hobby of well-to-do persons or the spare-time engagement of people of other professions. Or, the scientist had to depend on the patronage of kings and nobles. Today men have understood the wider application of science in the production of goods. The scientist has become employable. He is the trusted adviser of the State. He is retained by the capitalist to help him with ideas that may earn him profits. The government also subsidies the universities to carry on researches that may have (a social utility ‘The school-master was abroad’ in the nineteenth century; in the twentieth century the scientist is very much so.

The dependence of the scientist upon a wealthy individual or corporation, or upon the State, may have an adverse effect on scientific research. For the patron will naturally wish him to follow lines of research indicated by him and regarded by him as useful or profitable. The scientist has to sell his researches to his patron, or he stands the danger of being out of employment. In other words, where profit is the impelling motive in a society, the scientist has to submit to the dictates of the profiteer for his livelihood. That is why really fundamental research has been and will always be carried out in the Universities.

There is another aspect. The inventions of the scientist are often regarded with distrust and fear by the common people. Because, instead of creating leisure, inventions of science may create un-employment. The invention of a mechanical labor-saving device may throw hundreds of workers out of employment. In the nineteenth century, it led to riots that were cruelly suppressed. Today, served in the form of rationalization, it leads to strikes and lockouts. Again, instead of saving a life, it deals with instruments of death. Lower-hungry politicians who would not spend a few thousand for welfare work, spend millions for the invention and perfection of nuclear weapons for mass destruction. The demands of profit supersede the demands of human welfare.

It is also significant that .the benefits of science today are confined to a small section of the world. The greatest scientific activity prevails in the countries which have developed heavy industries most. Science in the modern world is a virtual monopoly of the industrial sector of the world. Its further expansion will, therefore, follow the development of heavy industries in the vast tracts of the world which are at present mainly agricultural. The scientist today, as indeed at all times, is the servant of the forces of production. ‘Science for the sake of knowledge alone is already an exploded fiction confined to the Universities and special research bodies.

The emancipation of science will come only with the establishment of/a socialist society. For then the function of the patron will be taken over by the people and their representatives in a popular government. The social utility of the sciences will then be properly appreciated. The factory, the agricultural farm, the University labor-tory,—all these institutions will then value the work of the scientist as contributing in different ways to the welfare of the people in the long run. There will be a frank exchange of ideas and co-operation, not only among the different departments of science but among the different people dealing with scientific problems. Nations will learn to co-operate with each other not for national aggrandizements but for the good of mankind. All the river basins of the world may then be brought u-der control, abolishing floods, droughts, and destructive soil erosion. The area of cultivation may be immeasurably Expanded, and cattle-raising greatly developed, ensuring adequate food and nutrition for all. The productive zones of the world may gradually extend to deserts and mountains, and even the resources of the sea will be fully utilized. All this, reinforced further by micro-biological and photochemical production of food, will make the present hysteria about the growth of the population seem absurd.