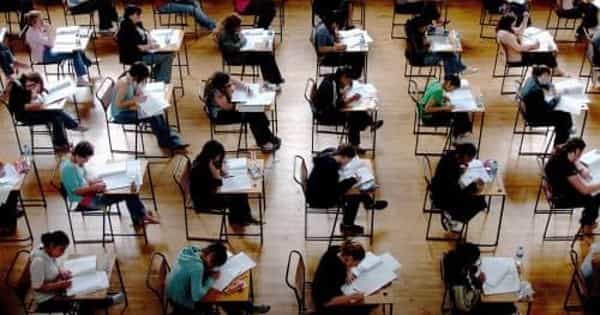 Should the Examination System Be Overhauled

The innocent students who give their all without regard for their health or their parents’ hard-earned money are the main victims of this money-making game.

Recently, the news of the leaking of CBSE medical papers and earlier leakage of CAT papers, and the revelation made by the accused that they had also leaked these papers in the past, but the students who failed in previous examinations in such a misfortune position, that they find no solace anywhere and just treat themselves as most unlucky and cheated by the traders of students’ fate. They cannot find any legal or judicial remedy to compensate them for the losses caused by these miscreants.

Such incidents of paper leaking have far-reaching consequences for the moral and ethical values that such innocent people possess. They may turn to such deceptive and improper means in their future lives, which means that today’s youth are being steered towards a wrong and unethical way of thinking. Such character assassination of youth can have disastrous consequences for any country’s future.

The crucial point to ponder is: whether the examination is overhauled to avoid or prevent such incidence of paper leaks in the future? The answer is a big and boisterous YES!

The examination system as it currently exists does not assess the candidate’s true worth and intelligence. We find a significant difference when the same answers are judged by two different examiners. One examiner’s marking style may be liberal, while another’s may be meticulous. The current examination system is purely a matter of chance; no certainty or dependability can be placed. The majority of students suffer from examination phobia, and as the exam date approaches, they become nervous. Many times, his nervousness overpowered him to the point where even his most important lessons seemed to fade from his memory. Many times the question paper gives him an utter shock, whatever the topics he has left out, thinking unimportant or unworthy of appearing in the papers, but find then in the paper and topics of importance and thoroughly prepared to find no place in the paper.

The current examination system and procedure for judging one’s ability are so unnatural and flawed that a mediocre student can receive distinction marks while an intelligent student may make a poor showing. Furthermore, except for objective-type question papers, only cram work is useful in the current examination system. Someone who is good at cramming, facts, and texts will get better grades than someone who is intelligent but cannot cram but can analyze properly. According to Leacock, “Parrots and Crows would do well in such examinations.”

It is also worth noting that the current system places so much psychological and physical pressure on the students that many of them have turned pale and become mere shadows, spending the rest of their lives consulting one or more doctors.

There are some important points to discuss in the matter of paper leaking.

Accountability – Who is responsible for such occurrences? Did the top lose his job or face any penalties as a result of any of these scams, such as the CAT scan, the CB SE medical leak, and so on? We don’t see any reason to keep the university’s top man or the exam-conducting body in place. The man in charge is to a large extent responsible for such leaks, if not directly, then indirectly for failing to take adequate security precautions. He must not be allowed to shirk responsibility because it was not his job, but on the other hand, he has no job to do except supervise all jobs performed in the institution. It is once again raised as to why education reforms are not in the works. The top tests in the world, such as the SAT, GRE, and GMAT, are administered by private-run agencies rather than the government, and there is no risk of a paper leak.

The examination system is purged in such a way that the possibility of a paper leak is completely eliminated, and severe and stern action must be taken against the heads of the examination section to ensure that proper care is taken by them.

Transparency – Transparency increases credibility and makes the process appear to be above board. It is just as important to appear above board as it is to be above board. In terms of transparency, some points appear to be highly illogical. Why aren’t all institutions’ selection criteria clearly articulated? Why isn’t the weightage for different parameters announced in advance by the testing institute or body? Why aren’t percentile rankings made public? Why are students not allowed to take away question papers after the examination?

Why the system of total revaluation of copies not be allowed after charging nominal fees? If all the above questions are tried to be solved in the present scenario of paper leak, a lot of transparency can be maintained.

Deploying technology is not a difficult task because it helps to reduce the likelihood of paper leaks. Exams such as the CAT, Medical, and IIT can all benefit from an online examination system. It is argued that such an option will discourage students from rural areas, but in reality, even with the current system, they have no access to the metro coaching centers where the majority of students secure selection. Only a few candidates from the rural area were chosen. In a democratic society, it is illogical to make a large number of candidates suffer at the expense of a few.

The frequent occurrences of paper leaks indicate a lack of security in the process of papermaking and handling of the process up to the examination. Negligence, overconfidence, a lack of security measures, and a disregard for established guidelines all contributed to the paper leaks. From a security standpoint, the process is not prioritized. Strategies should be developed so that even the papermaker is unaware of the certainty of using the same paper for the purpose. Only people of unquestionable integrity will be entrusted with the task of completing the process.

The paper leak problem is extremely complex, necessitating a thorough examination of the current process before any corrective measures are implemented. There are two critical points to consider here. First, if the existing system is to be changed, its dominance over the education system must be reduced, and second, the quality and mechanism of an examination must be improved to make it more credible and up to date. The best way to avoid paper leakage is to implement an ‘online examination’ and ‘examination on demand’ system.

Online technology cannot alleviate the stress of preparing for an examination, but it can alleviate the anxiety of waiting for the results. In a large country like India, where a large proportion of students come from rural areas, proper infrastructure is required. However, providing and developing the necessary infrastructure is not a difficult task for a country that excels in IT solutions around the world. With out-sourcing becoming so common in India, IT firms such as Infosys, Wipro, Reliance, and others can be given the job, and we can rest assured that there will be no paper leakage.

The system does not aid in the development of natural instincts or the analysis of students’ abilities. It has simply become a necessary evil, and in the current circumstances, when incidents of paper leaking have become so common, the overhauling of the entire system, at least the system of higher education examination, is very urgent and imminent. To ensure the process’s credibility and to alleviate the sufferings of candidates as a result of paper leaks, it is necessary to overhaul the entire system so that it actually judges the students’ capability and intelligence.