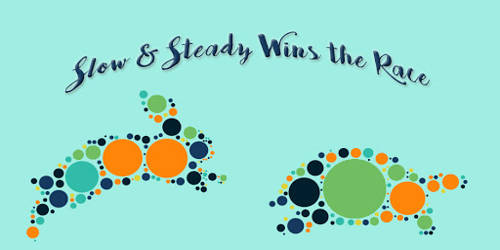 Long ago there lived a hare in a forest. He was always proud of his speed. A tortoise also lived nearby. The hare always teased the tortoise for his slow speed. The hare said, “You have as many legs a have. But I am sure you can’t run as fast as I can. Perhaps, you can’t run at all.” At this, the tortoise became very angry and said, “You can run fast, no doubt. But I think you can talk even faster than you can run.” Then the tortoise made a proposal to run a race with the hare.

The hare gladly accepted his proposal and said, “Listen to friend tortoise, you are simply going to waste your time and my time as well. You have a good idea of my speed. To beat you to me is as easy as taking some tender grass from the field”. The tortoise replied, “I know your speed but there is still something that I know but you don’t know. I am going to capitalize on that.” The hare said, “I am really amused but would you please tell me what you are going to capitalize on?” The tortoise said, “That’s secret. You will know it only after the race is over.” However, they both went to a fox and asked him to be the judge of their contest. The fox agreed. Other beasts of the forest were also invited. On the appointed day, they met a crossroads. The judge read out some rules to be followed by both of them. The destination of the race was also marked. Finally, the unequal race began.

The hare, from the beginning, started running at the top speed and soon left the tortoise far behind. Crossing almost half of the distance the hare looked back. He found no sign of the tortoise. The hare smiled and said to himself, “I am really a fool. I have run so fast for nothing. I am perhaps ten times as fast as a tortoise. Why should I run so fast in the hot sun with the slow speed tortoise? I will start again when the tortoise will about to catch me and before that, I can take rest for a while.”

Moral: This proverb states that a person who is consistent and steady in his approach can achieve massive success even if he is slow.

It’s meaning: It means that “even a person with average talent can achieve success through persistent efforts.” Most of the person is strolling, but they know very well that they perform everything without looking backward.

One can overcome the barriers of difficulties and achieve success through constant efforts in the right direction. On the other hand, occasional efforts, even at a faster pace, will seldom bring great results.