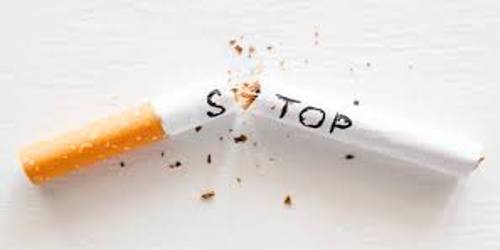 Smoking is a habit of taking smoke from tobacco made materials like cigarettes, biri, heroine, etc. It is a dangerous habit. It is a hard habit to break because tobacco contains very addictive chemical nicotine. People generally smoke to find pleasure for the time being. Some smoke only as a fashion which later turns into a habit. Many young just try to imitate seniors and some are addicted by the influence of bad companions. However, taking smoke for a few days for just curiosity is the starting of smoking habit formation. Very soon one becomes addicted to smoking. Smoking is harmful to human health. Our younger generation is becoming addicted to smoking without knowing what damages they are causing to their health. It may cause cancer, heart attack, bronchitis, numbness, loss of memory, etc.

One puff of cigarette smoke contains a huge amount of injurious matters like nicotine, carbon monoxide, methyl alcohol, and many other harmful elements. Most people associate cigarette smoking and tobacco use with breathing problems and lung cancer. Nicotine obstructs the flow of blood through veins. This reduces the supply of oxygen in our bodies. Smoking is also a major cause of cardiovascular (heart and blood vessel) disease. As a result, blood pressure rises and heartbeat increases which causes a heart attack. It is a major cause of atherosclerosis – a buildup of fatty substances in the arteries. Besides, carbon monoxide of tobacco smoke absorbs the oxygen from our blood. In peripheral artery disease, atherosclerosis affects the arteries that carry blood to the arms and legs. Thus, smoking poisons our body slowly.

Smoking is equally harmful to a non-smoker who stays beside a smoker. When you smoke, the people around you are at risk for developing health problems, especially children. So, the younger generation should avoid smoking cigarettes. Our government should take initiative to stop smoking. Young people should be made conscious of the had effects of smoking. They can engage themselves in games and sports, helping the poor and in constructive work for society to avoid the attraction of smoking. After all, the dangers of smoking are quite unlimited and all should avoid it to live a happy and peaceful life.