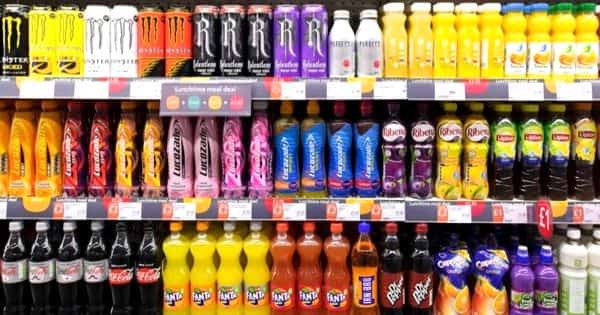 Soft drinks have become very popular in the present age. These are the most widely used beverages in the world. Fizzy drinks are known as soft drinks. They have a great appeal, especially to the young generation. Cola and lemonade are more popular as soft drinks. These drinks are very popular among students. As common knowledge, a soft drink is a carbonated drink with lots of carbon dioxide and sugar, which can cause diseases such as obesity, liver damage, and kidney stones related diseases.

Basically the word soft drinks mean any drink which is non-alcoholic in nature. Most of the soft drinks found in the market are drinks that have almost no alcohol content in them. Television plays an important role in popularizing soft drinks. Television is a remarkable medium of mass communication. Almost every house of middle-class people has a television set. Soft drinks manufacturing companies use television to make their products known to the common people. They sponsor various television programs like cinema, drama series, games, and sports. The advertisements of their products are shown in exchange for their sponsorship. It is undoubtedly television that has made soft drinks popular through advertisements. Young people are attracted by the exclusive and gorgeous advertisements for soft drinks. Some of the popular carbonated soft drinks consumed by the people the world over are Coke, Fanta, Limca, Sprite, Thums Up by the Coca-Cola company and 7-Up, Duke, Mirinda, Mountain Dew, Pepsi by PepsiCo.

Consequently, it is important to educate young people to consume fewer soft drinks. The responsibility to instruct and monitor student’s consumption of soft drinks does not only fall on the parents, it is also on the schools as well. The hour’s teenagers spend at school almost equal to the hours they spend at home. Therefore, it is necessary for educators and parents to advise teens with the intake of soft drinks together.

Soft Drinks are consumed by almost every age and group of people due to a number of reasons. One of them is cost and availability. Soft Drinks are available almost everywhere and are priced rather competitively as compared to other beverages such as hard drinks, tea, coffee, juices, etc.