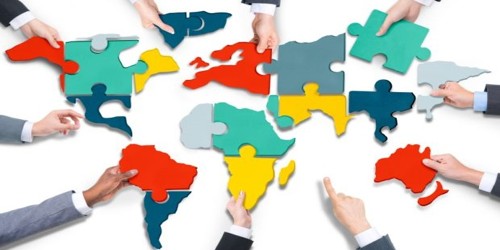 Speech on a Foreign Culture you have Experienced

Speech on a Foreign Culture you have Experienced

I have always been interested in various cultures especially those completely alien to us. Thus, imagine my delight when my father told me that he was taking us on a holiday to Bangkok and from there to visit a remote tribe that lives about 200 kilometers north of the capital city. My father explained the tribe lives a secluded life and the members are cut off from the rest of the world in terms of their unique (some would call it weird, he said) cultural practices.

The Thai people are very friendly and their greetings are very similar to the Indians. They bring their palms together in a prayer-like position and bend their bodies a little as a way of welcoming and acknowledging you. I was rather overwhelmed by that and took to doing that during my entire trip there. we spent only two days in Bangkok before heading towards the remote village which was going to be the most exciting time of our lives, dad promised. we hired a cab to take us there is a journey that lasted more than four hours. It was an exhausting trip but well worth the trouble.

The tribe called Sam Ponh is very friendly and bold despite the fact they are still very traditional and conservative in their outlook. The ladies wear coils around their neck as a symbol of beauty. I was rather startled when I saw them in the marketplace selling vegetables, fruits, and handicrafts. Their necks are elongated and according to one of the women I spoke to, the coil is worn around their necks at a tender age of two or three. The coils, made of steel, are removed when the ladies retired to bed. When asked whether they feel comfortable without them, the older among them smiled and said she did feel kind of naked without the coils!

The younger generation women of this tribe do not appear to appreciate this fashion and many have refused to wear them. the tradition in terms of dress code appears to be dying out though still alive among the older ones. One of the elderly women told us that in a matter of decades, there would not be a single woman wearing the coils. Just like many other ancient customs, the process and invasion of westernization are slowly eroding these values, my father said.

We bought lost of handicrafts and also dined in one of the restaurants there which looked more like a stall! The food was delicious and I noticed people of this tribe eat a lot of raw food. they did look healthy and fit. The Sam Ponh people still use many items that we consider ancient and outmoded like the spinning wheel to make textiles.

I truly appreciated their lifestyle and the fact they appear very contented with simplicity. They are not in the least materialistic, my dad said. However, it was my belief that sooner or later, the tribe would be forced to modernize and they would lose many of their age-old customs.

We left the village the next morning and took a flight back to my hometown from Bangkok. It had been a refreshing and splendid cultural experience for me.