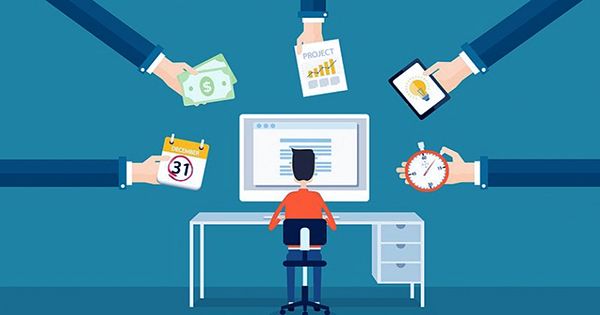 Until now, all companies are basically data driven. This is true regardless of whether they work in the place of technology.

Thus, the role of data management in the organization – and in this case, the barrier – makes the productivity and the cooperation in the organization effective. Although the term “data management” inevitably paints a picture of the broader server firms, the early tenets ushered in the computer age. From censuses and elections to the beginning of banking, individuals and organizations have long focused on data acquisition and analysis.

One of the cited examples is Florence Nightingale, a British nurse who, during the Crimean War, recorded and visualized patient records to highlight the uncomfortable situation at Frontline Hospital.

A century later, Nightingale was regarded not only as a humanist, but also as one of the world’s leading data scientists. As technology began to play a larger role and the size of data sets began to grow, data management was eventually coded into many formal roles, including names such as “database analyst” and “chief data officer”.

New Challenges After that formalization, especially from the regulatory side, legislators introduced strict new data protection rules – especially EU GDPR laws. This inevitably led many organizations to realize data management as akin to data management, where controls are responsible around the establishment of control and monitoring mechanisms and things are viewed from a protective lens.

This defense is justified, especially because of the potential financial and reputational damage caused by data mismanagement and leaks. Yet, there is an element of myopia here and being overly cautious can deter organizations from realizing the benefits of data-driven collaboration, especially when it comes to software and product development.

Data defense manifests itself in bureaucracy. You start creating roles like “Data Steward” and “Data Custodian” to handle internal requests. A “Governance Council” sits on top of them, whose members issue dictates and establishes operating procedures – not actually work in the trenches. Obstacles arose a while ago. Tied up business is never good. The first sign of trouble comes in the form of “data breadlines”.

Employees looking for critical data show themselves to be responsible for whom they are. Time is wasted. By itself, it’s catastrophic. But the cultural impact is even worse. People are natural problem solvers. This is doubly true for software engineers. Thus, fig cooperation collaborates how they will block established methods, collect data in their own “silos”. Inconsistencies inevitably swell as a team.