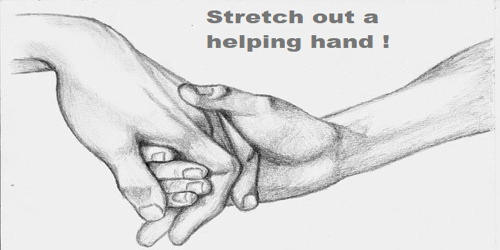 Stretch out a helping hand! – a charity dinner

Stretch out a helping hand! – a charity dinner.

It was the hundredth anniversary of the foundation of SMK Shansi set up by philanthropists of major races in the community: a centennial not to be missed.

The school held a charity dinner to collect funds to maintain an on-going fund to restore and maintain the school. The event started with the lovely rendition of the school song by the school choir.

It was next followed by a speech from the Principal of the school, Puan Indra Sidhu. In her speech, she presented a holistic view of the present scenario.

The hundred-year-old school has seen many changes from principals to students to buildings. The school buildings with dangerous structural cracks are in terrible need of repair. The PWD had declared some areas unsafe and sealed off these classrooms. Repairs are also needed to replace the electrical wiring which are years old and could pose danger to both buildings and people. On top of that, the basic facilities in the school are lacking. Despite government aid, the school is poorly equipped to cater to the 21St educational needs of its students.

Therefore, it is pertinent for the school administrators, its Board of Governors and friends, present and past teachers and students to extend a helping hand to return the school to a safe and secure condition.

The school requires almost a quarter of a million ringgit to repair the school and to purchase basic facilities for the welfare of the students.

In her appeal message, she appealed to all, well-wishers, friends as well as the government to help. In the same breath, she expressed her profound thanks to everyone, from government to non-government agencies, who had rendered unstinting assistance in every aspect to the school, in whatever way, small or big.

Her appeal speech was followed by the speech of the guest-of-honor, Datuk Salleh Krishnan who donated on the spot RM100,000. This was greeted by thunderous applause from the audience.

What followed next was a speech from the Principal who announced that she had received anonymous donations totaling another princely RM100,000 from diners in the hall. This did not include collection from the sale of dinner tickets and souvenir programs.

Prayers from and for the various communities were offered. While dinner was being served, the audience was entertained by songs, traditional and modern dances, and a video presentation of the school achievements and activities over the years. The dinner was interspersed with chat-shows and lucky draws of sponsored donated prizes. The presenters did a fantastic job, chatting up the audience, ex-students and teachers, and even the VVIPS.

Everything good had to come to an end. The dinner had been served. The concert was over. It was time to leave and it was time for the school to count their blessings. To all who had contributed, the organizers said a heartfelt thank you. The charity dinner was a success.