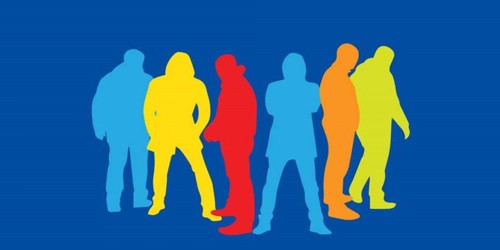 Tackle the problem of gangsterism among students – An Open Speech

Tackle the problem of gangsterism among students – An Open Speech

Suppose you are the school discipline teacher, how would you tackle the problem of gangsterism among students?

Indiscipline among students is one of the major problems faced by schools today. Gangsterism, in particular, has become a menace due to its violent nature. Gangsterism involves bullying, extortion, and even physical assault. The victims are mainly fellow students and there have been a few cases in the Philippines where the act of bullying and assault had been fatal.

If I am the discipline teacher, I would first undertake to study the extent of the problem in my school as well as the reasons why students would get involved in gangsterism. I would then haul the bullies and suspected gangsters in the school to determine further the reasons behind their individual behavior.

Statistics and studies on gangsterism indicate most student gangsters hail from poor backgrounds or broken families whereby they lack attention and love from the family members propelling them to behave in such a manner. Poor students become gangsters as a means to gain extra cash by extorting money from other students. Those who are a product of broken families normally indulge in these kind activities to seek attention and as an outlet for their frustration and unhappiness.

Thus, by engaging in a discussion with these gangster students from my school, I would be able to find out which category they belong to. I would then proceed to advise them on the dangers of their behavior which could land them in jail or in correctional institutes for juvenile delinquents. If this method does not work, I would then engage the assistance of inspectors from the local police station to give regular talks at our school on why gangsterism is a crime and the penalties faced by the perpetrators.

A school-wide campaign would follow suit on how students and teachers can tackle the problems of gangsterism. the campaign would involve talks by former gangsters and reformed criminals who resorted to bullying and violence to achieve their goals and how that, in turn, has affected their lives and their families. Students would then be required to take a pledge not to resort to such behavior even if they face severe pressures from other students or as an easy way to make money from others.

Instead of caning or punishing gangsters, I would counsel them and use the soft-handed approach. These facing financial troubles who resort to extortion as a solution would be given assistance pending their promise not to repeat such behavior. Those who engage in gangsterism to seek attention would be sent for professional counseling. Students facing constant pressure to become part of gangs would be exposed to the dangers of such behavior and encouraged to report, without fearing for their lives, to the school authorities. I would collaborate with the other teachers to expose students to fun-filled activities and outdoor learning experiences to make school a more exciting place. This would prevent bored students from contemplating joining a gangster group to seek excitement and acceptance.

Thus, I hope with all these measures in place, the problem of gangsterism would be dealt with effectively and efficiently.