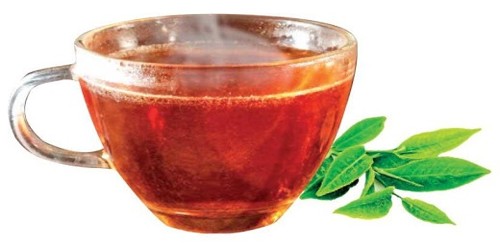 Tea is the most popular of all drinks in the modern civilized society. It is made from the leaves of the tea plant. Nowadays, some people can go without food but they cannot go without a morning cup of tea. People from all over the world take tea. We can not do a single day without it. This plant is an evergreen shrub. It removes our tiredness, refreshes our mind and stimulated our vigor and energy. The tea plant is grown in hilly places where there is much rainfall as well as sunshine. It grows up to four or five feet in height. It was first grown in China.

Tea grows in plenty in China, Japan, Indonesia, Bangladesh, India, Ceylon, and some other countries. In Bangladesh, it is grown in Chittagong, Sylhet and Chittagong Hill Tracts.

The tea plant is grown in hilly places where there is much rainfall as well as sunshine.  Then they are replanted in an especially prepared ground. Tea seeds are at first sown at a place. Then the seedlings are transplanted in a specially prepared ground. Tea grows best in hot and moist countries. Much care is needed in watering the plants, removal of the weeds and protection of the plants from insects and worms. When the tea plants grow to a certain stage, its twigs are carefully pruned to let the new leaves grow. The slopes of hills are the best places for its cultivating.

Tea leaves are gathered from the plants about four times a year. The first crop is gathered in April, the second in May, the third in June and the fourth in August. The plants give more and more leaves up to the age of ten. Both men and women carry the tea leaves to the mill. They gather the leaves. After the leaves are gathered, they are dried. They are then rolled up in machines until the color of the tea is gradually changed from brown to black. The leaves are exposed to the air. Then it is powdered. This tea is produced for use.

Water is boiled and some leaves put in it. This liquor is poured through a sieve into cups. Milk and sugar are added to it. We thus get a tasteful drink. When we are fed up with works, we take tea for refreshment. A cup of tea gives us energy. Tea refreshes our mind and body. People of all classes take it for refreshment. But sometimes, too much taking of tea causes harm to our health and appetite. We lose our appetite if we take too much tea. Besides, it is harmful to health if we take it in a large quantity.

Tea has a great demand in the world market. Tea has numerous health benefits that could be grouped into 5 different categories: overall health care, mental health, internal organ, fitness & appearance, and illness & disease. It has got much popularity among people of all avenues of life. Considering the economic value of tea, we should take care of its increased production.