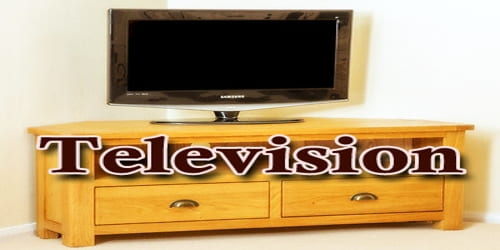 Introduction: Television is one of the greatest inventions of mankind. It is an audiovisual device which entertains you through various visual programs transmitted through the air. The information that it provides is not always useful, however that depends on the user to a larger extent. Today, the television is found in billions of houses the world over. As per global statistics, nearly 79% of total households own at least one TV set. With such immense popularity and acceptability television has also hugely influenced individuals and even societies. In this essay we will discuss on the boon and bane factors of the television, ending with the conclusion.

Television since its inception has a vast effect on Civilization, ranging from health to sociological and sometimes psychological. Though it is a source of information, the incessant use of Televisions has led to many medical conditions and a drastic change in the social fabric.

The advantages of television are discussed below –

Role of Television in Education: The role of television in education building has been acknowledged by many countries around the world. It is used as a tool for effective teaching both formal and non-formal education. A television could be synchronized with the school curriculum and used to teach a specific subject.

Television is also an efficient method of effectively obtaining non-formal education, for those youth and adults who didn’t have a chance to obtain a formal education. It could be effectively imparted skills, provide vocational training and other necessary cultural and civic education when used properly.

Necessary Measures to Keep the Youth Safe from the Effects of Television: The most effective method to keep the youths safe from the influence of television is to provide limited access to them. Also, there should be a restriction on the channels they view and they must only be allowed to view informative and knowledgeable programs. Viewing malicious and violent content by youngsters must be strictly prohibited.

Parents and guardians should be more communicative with their wards, discussing on the derogatory effects of television among other issues. Children should be told on how to use television for gaining information and education.

Youths should be well informed about the advantages as well as the disadvantages of television and also that watching inappropriate content on television will adversely affect their behavior and social life as well as distort their thought and morale.

These days a number of youths are taking up bullying, smoking, consuming liquor other corrupt practices under the influence of television.

Conclusion: There are hundreds plus of programs on TV which have a negative effect on the youth’s mind. The responsibility of keeping the youths aloof from the ill effects of TV depends on us, the elders. Therefore, it is the responsibility of every guardian to keep an eye upon what his/her ward is watching on the television and what kind of channels they have access to. It is only through proper guidance and interaction that we would be able to keep our youth safe from the harmful effects of television.