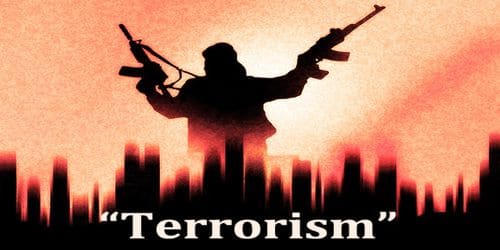 It is difficult to define terrorism. It is seen that in many cases terrorists fight for their legal right. On the other hand, their right may be illegal to those against whom the terrorists carry on their movements. Other people think that terrorism is the introduction to revolution. There are different definitions of terrorism. Terrorism is a charged term. It is often used with the connotation of something that is “morally wrong”. Governments and non-state groups use the term to abuse or denounce opposing groups. We see the expansion of terrorism after the Second World War. It is said that it is originated from the Third world or the Middle East. If we look back, it is seen that it came to light at the end of the nineteenth century. American political philosopher Michael Walzer in 2002 wrote: “Terrorism is the deliberate killing of innocent people, at random, to spread fear through a whole population and force the hand of its political leaders.” The main aim of the terrorists is to terrify and to create panic. Criminals commit crimes because of their moral bankruptcy. But terrorists try to justify their activities from a moral angle of vision. And this is where the main difference lies between the terrorists and criminals. Etymologically, the word terror is derived from the Latin verb Tersere, which later becomes Terrere. The latter form appears in European languages as early as the 12th century; its first known use in French is the word terrible in 1160. By 1356 the word terreur is in use. Terreur is the origin of the Middle English term terrour, which later becomes the modern word “terror”. The world is now standing on the volcano of terrorism. Today people want to live in peace. They do not expect any harmful activities. They want to make a better place for future generations who will lead their lives in a peaceful way. It is believed that the terrorists are patronized by the big shots of the world. But none of them admits this floating news.