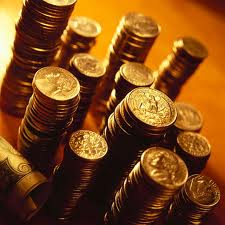 The Banking Industry of Bangladesh

THE BANKING INDUSTRY OF BANGLADESH

The gradual improvement in the overall policy environment has enabled Bangladesh to improve its economic performance in recent years. Successive governments in Bangladesh have been confronted with the problem of stimulating the economic growth rate in a country where a substantial segment of the population lives below the subsistence level. Economic policies are still guided by five year plans. Nevertheless, some progress has been made over the years, such as self -sufficiency in food grain production, reducing the population growth rate, poverty alleviation and boosting export income. The GDP growth per annum has been about 5 percent on an average from 1994-2000; Per capita GDP was $363 in 1999-2000.

The financial system in Bangladesh is relatively small and less developed than in most countries in South and East Asia. The sector’s contribution to GDP has remained static at 1.5 percent during 1999-2000 periods. Commercial banks are at the heart of this financial sector by contributing 80% of the total. The depth of the financial system, as measured by the ratio of the broad money supply to GDP, has been growing slowly and was low at around 32% in 1999-2000.

However, as the government is often the owner and regulator as well as the supervisor and customer of a bank, there has been ample opportunity for mismanagement over the years. The banking sector is plagued with a lack of credit discipline, archaic loan recovery law, corruption, inefficiency, overstaffing, etc. Several reform measures of the financial sector have been taken to improve the situation. Relative stability achieved by the support extended by both the central bank and the Government of Bangladesh in the past has restored public confidence in the country’s banking sector. Moreover, Nationalized Commercial Banks (NCBs) and old generation Private Commercial Banks (PCBs) would have to lower the rate of NPAs in their portfolios. Failure to do so would mean re-capitalization, at least for the NCBs. This may in turn lead to a further drain on the limited resources of the Government of Bangladesh. At this time or in the immediate future this re-capitalization would not be feasible. With these conditions in place, the World Bank anticipates the likelihood of a situation where the ever-increasing burden of non-performing loans and growing rate of debt servicing would place the economy under enormous strain and result in a crisis in the banking sector in the long term.

The banking industry of Bangladesh is mainly divided into two sectors, such as Specialized Banks (SBs) and Commercial Banks (CBs). The Specialized Banks are those banks that deal with specific sectors or industry of an economy. For instance, Bangladesh Krishi Bank (BKB) only deals with the agricultural sector of the economy; Bangladesh Shilpa Bank (BSB) only deals with the industrial sector of the economy, etc.

The name of all the banks operating in Bangladesh and their year of incorporation are given in table 1.

Table 1.  Name of the Banks operating in Bangladesh

Current Status of the Banking Industry

The Banking Industry of Bangladesh at present is in the growth stage. Almost every year new private banks are coming up, new branches are opening within two to three months, new customers are coming to open an account in different banks. As a result, according to July 30, 2001 there are 4 nationalized commercial banks, 5 specialized banks, 30 local private commercial banks and 12 foreign commercial banks operating in this country. Moreover, as on July 30, 2001 there are 27,881,322 numbers of deposit accounts and 7,462,785 numbers of advance accounts in the banks.

Market size of an industry can be measured by many ways, such as Total Revenue, Volume of production number of customers and so on. However, in case of the Banking sector the measurement of market size is quite peculiar as both the total amount of deposits and advances are taken into consideration.

Area wise distribution of bank branches operating in Bangladesh is depicted in table 3:

The largest provider of advances among all the banks is the Nationalized Commercial Banks. With their high number of branches scattered throughout the country NCBs topped the list with Tk. 290,800 million in 2000 (September) remotely followed by Private Banks (Tk. 181,380 million). The share of advances of the SBs and PCBs are increasing at an alarming speed than the NCBs. However, the share of FCBs is consistent. Therefore, table 6 shows advances by category of banks.

Table  4  Advances by Category of Banks (Amount in million Taka):

Again NCBs also dominate in the total deposits. It can be seen from the table below that over the years the share of NCBs, FCBs, and SBs are decreasing, whereas the share of PCBs is increasing significantly. Therefore, table 5 shows the deposits by category of banks.

Table 5  Deposits by Category of Banks (Amount in million Taka):

Regulation of the Banking Industry

Bangladesh Bank, being the central bank exerts supervisory controls over the banking sector. BB requires that banks have a minimum paid up capital and reserve funds and that no person, family or company own more than 10% of bank share personally, jointly or both. Bangladesh Bank may with prior Government approval at any time change the policy regarding the reservation of risk-based capital of assets. BB may determine policy to control advances by banking companies. BB has direct authority to appoint any new Managing Director, General Manager, or CEO and BB can dismiss none so appointed without prior approval. BB also has the power to supersede the Board of Directors of a banking company. BB is also the official liquidator and has the power to give directions to a banking company and also remove directors when it feels that this may be in public interest. Banking companies in Bangladesh are not allowed to form subsidiaries, although this rule may be amended soon.

The World Bank recently called BB as “a weak central bank” in its report entitled ‘Bangladesh: Key Challenges for the Next Millennium’. The functions and responsibilities of BB are not clearly defined, and it lacks autonomy in such core areas as the licensing of new banks, monetary and exchange rate policies, and the supervision of NCBs. Banks are allowed to operate even though some of them suffer from capital deficiency. Loan classification and provisioning are not fully enforced, and no punitive measures are taken against banks that fail to implement agreed corrective measures. BB would be unable to deal with a banking sector crisis if one were to occur. With over 6,200 staff, of whom 1,720 are clerical, BB is significantly overstaffed relative to the size of the financial system.

Bangladesh Bank (BB), the central bank of Bangladesh, has the authority to determine the entry and exit rules of all the banks operating in Bangladesh. BB performs the traditional central banking roles of note issue and banker to the government and banks. It formulates and implements monetary policies, manages foreign exchange reserves and supervises banks and non-bank

Rivalry among the Competitors

In the banking industry, rivalry among the competing banks is moderate to high due to the following reasons:

–          Major rivals are equal or close to in size and capability (revenue and volume).

–          New private banks are snatching share from the NCBs and each other’s customers by providing extra benefits.

There are substitute financial institutions that do many of the activities and transactions of a bank in the leasing field but these financial and leasing institutions are too small in size. These institutions can shrink the profit margin of commercial banks. Industrial Leasing and Development Company Ltd. (IDLC), Industrial Promotion and Development Corporation (IPDC), United Leasing Company are the key players. They provide industrial leasing to many companies in the country. Vanik Bangladesh Ltd., a merchant bank provides investment counseling and credit services among its other financial activities. But some of the operations of the banks like exporting / importing have no substitutes.

Depositors are considered to be the suppliers of the banks. There are thousands of depositors from all walks of life. There are businessmen, service holders, farmers, students and people from virtually any other professions who are depositors of the banks. Big amount depositors have strong powers in determining interest rate of their deposits. However, the following table (table 6) would provide information regarding depositors of different categories of banks:

If the amount of deposits were distributed sector wise, it would look like the following table:

If amounts of deposits were distributed area wise, it would look like the following table:

Sector wise distribution of deposits is given in table 10 for individual types of banks:

Creditors are considered to be the buyers of the banks. There are thousands of creditors from all walks of life. Mainly businessmen are the major buyer of Bank’s credit. Big amount creditors have strong powers in determining interest rate of their credit amounts. Banks distinguish their prime customers from others by setting a prime interest rate for them. However, the following table (table 13) would provide information regarding creditors of different categories of banks:

If amount of advances were distributed sector wise, it would look like the following table:

If amounts of advances were distributed area wise, it would look like the following table:

The total market capitalization of 1st generation PCBs is TK. 5,420.87 million as on September 22, 2001 with the highest capitalization of IBL of Tk. 1,649.76 million and the lowest capitalization of Tk. 298.24 million of Uttara Bank Ltd. In the table (table 15) below it can be seen that for all the banks market value is lower than the book value, which implies that public cannot trust these banks.

The total market capitalization of 2nd generation PCBs is Tk. 6,988.15 million as on Eastern Bank Ltd. and the lowest capitalization of Tk. 322.38 million of Al-Arafa Islami Bank. In the table below (table 18) it can be seen that the market value is greater than the book value for most of the banks, which implies that public’s acceptability for these bank is higher.

No financial system can operate if banks do not function according to commercial criteria. While supervisory and regulatory measures can help in this regard, on their own they will not be enough. They must be accompanied by a Government commitment, publicly announced and backed at the highest political level, that banks will be allowed to operate without any direct Government interference in their commercial decisions and that banking laws and financial discipline must be rigorously enforced without regard to persons. Implementation of reforms may involve pain and costs. But experience elsewhere in the world suggests that the longer the delay, the greater the pain, sacrifice and costs.