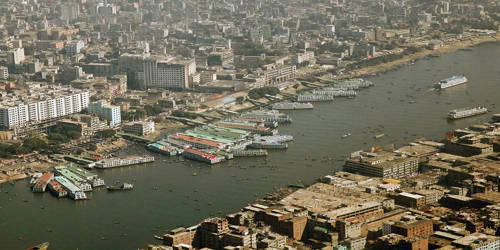 The City of Dhaka

The City of Dhaka

Introduction: I live in Dhaka. Dhaka is an old city. It is the capital of Bangladesh. With its colorful history and rich cultural traditions, Dhaka has known the world over as the city of mosques and muslin. Dhaka is Bangladesh’s most populous city and is one of the largest metropolises in South Asia.

Situation, area, population: Dhaka stands on the northern bank of the river Buriganga. The Buriganga bridge has connected the southern bank with the main city. It is located in the geographic center of the country.  It is with suburbs the annual sports miles long and 12 miles broad. More than 85 lacs of people live in the city. Its area and population increasing day by day. The houses of the city are growing only upwards. Today it has grown into a megacity of about 8.5 million people, with an area of about 1353 sq. km. becoming the hub of the nation’s industrial, commercial, cultural, educational and political activities.

Its history: Subedar Islam Khan was the founder of the city. Islampur Road still reminds us of Subedar Islam Khan. Its beauty: Dhaka is a beautiful city. There are many fine mosques, churches, and temples in Dhaka. The old fort of Lalbagh still exists in this city. There is a large Stadium where 70 thousand people can witness games. Dhaka Museum, Ganobhaban, High Court, Carzon Hall, Ahashan Munzil, Salimullah Hall, Ramna Park, and New Market are things worth seeing. The most interesting places are – Mosques; Hindu Temples; Churches; National Memorial; Mukti Juddha Museum; Dhaka Zoo; Botanical Garden; Central Shahid Minar; Banga Bhaban; Jatiya Sangsad Bhaban etc. The climate of this place is very good.

Centre of Education: Dhaka is the greatest center of education in Bangladesh. The University of Dhaka, the Board of Secondary Education, the Dhaka Medical College, the Engineering University, Polytechnical institutes, Colleges, schools, and Madrashas are important educational institutions.

Commerce and communication: Dhaka has become one of the most important business centers in Bangladesh. The city is connected with various parts of the cot.ntry by a railway line and river aways. It exports jute and hides.

Conclusion: Dhaka is situated in the middle of the country. The city is well communicated with the rest of the country. But it is a matter of great regret that the environment of the city has been polluted. It is being turned very serious gradually. The government and the public should take proper steps to remove pollution.