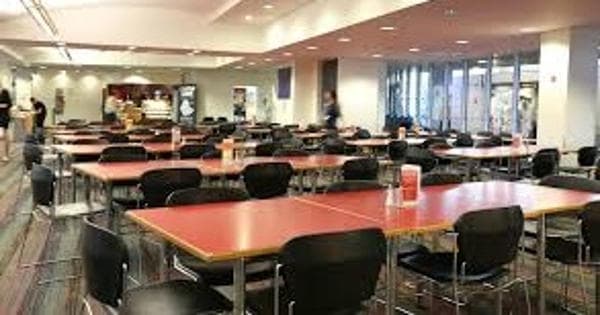 The college common-room is the student’s paradise. Here he is completely free. He has no restraint, except that of his own good sense: any interference, except the bell that calls him to his class. In between classes, he finds here recreation and relaxation. He lends a hand to a passing game be it carom or Ping-Pong; lends his voice to the babel of din that rises and falls as discussion waxes or wanes. If a debate is going on he makes his contributing with the confidence of an expert: if it is a game, he has no doubt of his supremacy and alpines its farce, points with the authority of a champion. He pities the ‘book full blockhead’ who disdains the plebeian bustle of the common room in favor of the silence and repose of the library. Here he can put out of his head all academic cares and the dreadful prospect of examinations. He knows that libraries have their uses and common rooms have their abuses, but he is not the person to be tempted by the one or frightened by the other. He is the master of his fate and he can very well take care of himself: that would be his reply to any well-intentioned distributor of advice.

Common rooms have their utility. College classes are exacting: to be compelled to listen for hours to learned lectures by learned professors does put a heavy strain on the student. At the end of a few hours of listening to lectures the mind of a student trying to understand the problem feels the need for relaxation. The common room refreshes his tired mind; it lifts the load from his weary brain. A few minutes of irresponsibility come as a blessing and a boon. After all, all work and no play makes Jack a dull boy, and he cannot be blamed if he takes this proverb a little too seriously.

Often it is in the common room that a student makes the most lasting friendship; it is here that the most memorable incidents of his college career usually take place. Here he forgets his grievances against the world and feels easier in mind. Here he makes vows that often are the turning-points in his career. He reads the newspapers and comes in touch with the rest of the world. He carries over the problems that are unsolved in the class and often finds solutions after a vigorous discussion with his friends. The learning that had remained abstract and academic in the classroom, which seemed to have no real relation to life, often becomes real in this atmosphere of freedom. In the class, if one asks a too-simple question, he may be met by the cold stare of his feather or the mocking laughter of the academic highbrows around him. He is forced into his own shell, and he often develops an inferiority complex. In the common room, he is not troubled by any such demoralizing influence. He can ask any question, he can raise any problem; there is no discouragement from conceited scholars or from the unsympathetic teacher. Hence, often in the common room, a student has larger opportunities for intellectual development than in the classroom.

If I were asked to choose between a college with brilliant teachers and one with an ample and well-equipped common- room. I would always choose the latter. If the two can be found together, nothing can be better. What I mean is that common rooms are absolutely necessary for full college life. They form one of the chief differences between a school and college. A school routine is packed with classes, but a college allows a choice of subjects. Hence a college student is bound to have a few class-free periods. Without a common room, these periods would pose a problem. But here his leisure is well spent. As soon as he enters a college common room, he feels he is grown up; he has freedom and responsibility; he can be trusted to take care of himself.

Let me, however; admit that the common room has its darker side too. The attractions of the common room have proved the undoing of many a promising student. But no student is worth his place in the academic life of a college if he is unable to avoid the pitfalls that go hand in hand with the privileges; such a student had better not come to a college at all.