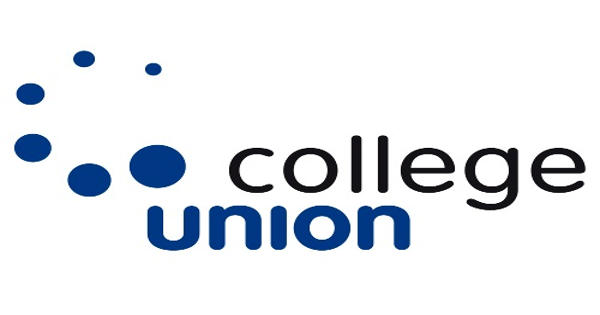 No educationist today thinks that education means only the study of books and passing examinations. It is universally admitted that a modern student must not only satisfy certain academic standards, but he must take upon himself a large number of extra-academic obligations. These related to the organization of the activities of students in order to give them scope to develop their latent powers in different departments of cultural life, as well as their capacity for undertaking works of social welfare. There are many indeed who would, for the general mass of students, attach for greater importance to this aspect of their college life than to their attendance at lectures and passing examinations.

In the early days of the western type of education in our country, the only extra-academic work that students were encouraged to undertake was the holding of debates on set subjects, the sole object being to develop the ability to speak English. Gradually, other functions were introduced, such as, holding dramatic performances and recitals, or taking part in sports. From the beginning of this country, under the influence of Vivekananda, students usually of the non-government colleges were encouraged to undertake various forms of social service, such as, to help their fellow students and to nurse the sick in their hostels. Whenever there was a call for national service, the combat, for example, the incidence of flood or famine or perhaps to nurse at the sick-bed of a friend or relation, the students used to be called upon to carry out this humanitarian work. But till the other day, all these extra-academic functions were carried out under the direction and supervision of teachers. All such words were placed in the hands of committees of teachers. All such works were placed in the hands of committees of students, with a teacher as president to help and guide with experience and wisdom.

But independence and the development of youth movements in the different countries of the world have gradually and almost imperceptibly brought about a change.

A college union has become a part of the college organization. It has its own funds to which each student has to make an annual contribution. The general, as well as the executive committees and the various office-bearers, are elected by students. In many colleges, voting is done by secret ballot, and the candidates for the elections are often organized on party lines, with set programs. There are some who object to this development and view with alarm the political complexion of the students’’ parties. But there should not be any cause for alarm or misgiving. After all, the students of today are the citizens of the morrow, and the extra-academic life of the college is meant to develop in students a spirit of healthy and intelligent citizenship. Here they learn how to organize, how to work in groups, and how to lead or follow in an intelligent and orderly manner. Many politicians have had their initial training in the college union. It is good that a beginning is made in the college.

It is now recognized that these college unions should be allowed to work as autonomous bodies. Instead of teacher-presidents, most college unions have their presidents and other office-bearers elected from among the students. They have, in many instances, written constitutions that define the character and functions of the unions. But there are others who work according to conventions. The fact remains that a college union nowadays is a vital part of college life; students take it with very great seriousness. They should, therefore, be treated seriously and looked upon as the training ground for future politicians.

Students of a college nowadays took after the organization of sports, magazines, common-rooms, finances, and various social duties. They enjoy large powers in the matter of using the funds of the union and in organizing the various departments according to their own ideas. Undoubtedly, there are abuses here, and the; occasionally they do not display the right taste or right judgment. But it is significant that criticisms come from among students themselves, and this encourages the right thinking. Unions are no longer static bodies operating in a dull, mechanical fashion. They are instinct with life and vigor.

On the constructive side, each union should have its own complexion and follow its own tradition. There is one college in which the union helps the less fortunate students with books, and even with money to pay their examination fees. There is another college in which the students hold night classes to teach their illiterate fellow citizens. Another may organize exhibitions to let the public know something of what students can do in the departments of the sciences and arts. Some manage co-operative stores and even canteens for the benefit of their friends. A healthy movement among the students of the Calcutta university seeks to organize health services in co-operation with medical men and progressive-minded educationists. All this sets up a healthy spirit of initiative and completion as between students of different colleges and breaks the dull monotony of a too rigid academic life.

A new movement has recently grown up for students to participate in college administration. Many favor the election of students to the governing bodies of colleges and even the syndicate of the university. Some are shocked at this new development. But the growing restlessness among students should make us think seriously in this regard. After all, no restraint is more salutary than that of responsibility consciously accepted. If students are allowed to come in contact with real academic and administrative problems, they will certainly grow more thoughtful and intelligently responsive to academic needs and problems.

It is significant of the changed outlook among educationists that the Radha-Krishnan commission, far from discouraging these growing activities among the student unions, has pleaded for vesting them with greater power and responsibilities. It has even advocated making the college unions responsible for maintaining discipline among students and would have the cases of unruly and unsocial boys judged by student-judges. In Soviet Russia, the student unions discharge very y important duties. A student who has insulted a teacher or who has adopted unfair means at an academic test is dealt with severely by his own comrades. The experiment was tried by Rabindranath Tagore at Santiniketan with notable success. Undoubtedly this has a very high value in raising the moral tone of the entire student community.