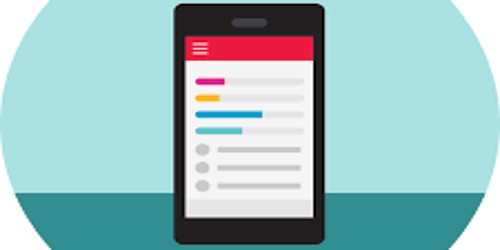 The day I Lost my Phone

The day I Lost my Phone

It was a beautiful morning in Winter when I went to university. I was attending an outdoor event. I put it on the pocket on my trousers. Everything was going in a normal routine. I, after taking my major’s class decided to went to the cafeteria to get some tea along with refreshments to charge myself before the next lecture. I was standing at the cafeteria’s main gate when someone pushed me.

Probably, it was by mistake or intentionally, God knows. The girl apologized to me and went from my way. I stood up and went inside the cafeteria. I ordered my tea and was paying for it while I saw my 2 friends coming along my way. I was worried to show their angry faces. They came closer and uttered in a taunting way that who needs a phone if you cannot even pick up the call. I in numb state was staring at them while my other friend inquired why your phone is going off. We called you multiple times. I immediately opened the bag to find my phone but sadly I couldn’t. Just in 5 minutes, I was confirmed that my phone has been lost or stolen. There are so many important things inside that phone, contact, information, my important notes.

My friends after getting aware of the situation got a bit worried. They asked the cafeteria management to lock to exit gates so no one can leave the cafeteria while I was searching for my phone here and there. Within the next 10 minutes, the gates were closed and the girls were only allowed to leave cafeteria after getting their bags checked. The main exiting gates of the university were also closed and the same checking took place there as well but all in vain. The one having my phone had probably left the university before than that. I got very depressed when I saw no clear signs of getting my phone back. I had bought that phone after saving my pocket money for months.

Only the one with the same sacrifice can understand my feelings. I called my father from my friend’s phone and told him about the situation. it was already 7th hour of my phone being lost. The number currently being off confirmed that it was in hand of someone who was not willing to give it back.  My father came to pick me up from university and we went to the police station. We reported the case and forwarded the details of the phone and sim card to PTA as well. I got my sim card blocked and got a duplicate copy of that in my hand. It’s been 3 months since my phone has been lost and there is still no sign of getting it back.

I still feel grieved for the amount of data I lost along with the phone which included a lot of important contacts and some of my memorable photos. The only thing I learned from this tragedy was that we should always take care of our things. No one is responsible for our assets except us.