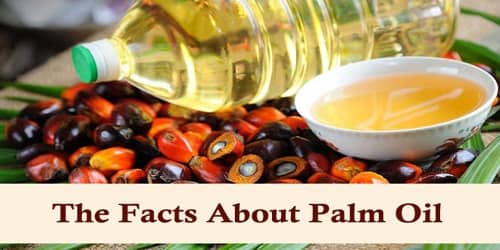 The Facts About Palm Oil

The Facts about Palm Oil

However, is in Malaysia and Indonesia where the clear majority of the oil is produced. This two-country account for 90 percent of the entire world palm oil production.

Palm oil is obtained from the yellow or orange-coloured flesh of the fruit. Shortly before harvesting the oil content of the fruit is at its highest – between 45 and 50 percent. After harvesting the ripe fruits are sterilised and pressed. This yields crude palm oil (CPO).

Almost 70 per cent of the world’s palm oil is used in food production. Another five percent is used as a biofuel. The remaining 25 per cent is used in cosmetics, soaps and detergents, candles, or as a lubricant in industry. The Fact: There is no other vegetable oil on the planet that shows up in such a vast array of consumer goods, making consumers unknowingly complicit in horrific crimes against animals, people, and the environment.

The primary problem with the palm oil is the deforestation of rainforest to make way for oil palm plantations. So, when the forests go so does the wildlife and hence the greatest threat to the number of species increases. There are other adverse effects such as releases huge quantities of greenhouse gas and people are forcibly removed from their places. There are solutions that need to implement such as immediate plantation of rainforest, however, the ultimate solution will be the banning of all products made up of palm oil both at retailers and consumers end.