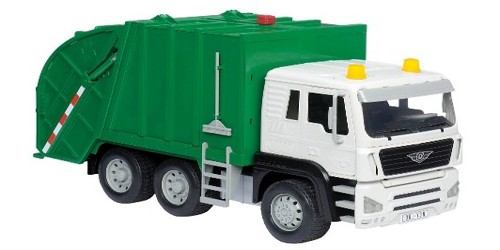 A garbage truck is a large truck that collects garbage from outside people’s houses. The roar of the diesel engine compounded by the puffing sound of black smoke from a broken exhaust pipe is a clear signal for residents to bring out their garbage. Furthermore, the local dogs add to the din with their confounded barking each time the truck comes. A garbage collector is someone who works either for the municipal government or for a private waste management company.

The yellow garbage truck comes almost half-loaded with garbage already collected. I remember that it was new about a year ago but constant usage makes it look old and filthy. I guess it cannot help but be filthy for all the garbage it holds. The yellow paint is now a dirty brown. Five men are perched on its side.

The truck stops near my house. The men alight and go about collecting the garbage bags from the houses. They dump the bags into the back of the truck. The driver then operates the device that compresses the garbage deep into the middle of the truck. It is a wonder how much garbage the truck can hold.

When the garbage is being compressed, foul-smelling liquid leaks onto the road as a result. This is a small inconvenience that we have to put up with. Anyhow the garbage is compressed within a minute. The men hop on the truck and off they go to another part of the housing estate to continue their garbage collection.

It is a small but important event in our lives every time the garbage truck comes because it takes away the garbage that would otherwise clutter up our living space. There were occasions when the truck did not show up as usual and we know how bad things can get. Bins overflow and the foul stench of rotting garbage is quite unbearable. Dogs, crows, and rats rummage through the rubbish and distributing it all over the neighborhood. The return of the garbage truck’s like heaven-sent. We breathe a sigh of relief when it comes.

Stinking and dirty it might be, but the garbage truck is a very necessary part of our lives. Garbage collectors are often looked down upon in our society because it’s considered to be a “dirty job,” but most people don’t know they help us and our environment more than we give them credit for.