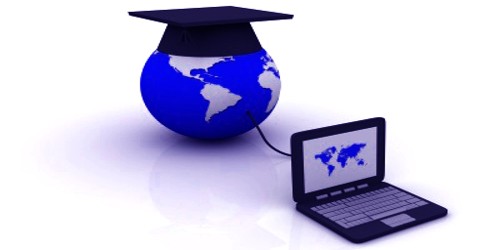 The Importance of Computer Education

The computer is going to be a part and parcel of our daily life. A computer is a latest and most wonderful contribution to modern science. It is an ultra-modern electronic device of modern technology. But it has no ability to do anything by itself. It works on the basis of’ commands given by the operator. It can solve many complicated problems within a short time. In almost all business, companies, schools using computers for various official operations. New tech tools are coming that helping students to learn better.

The computer is very useful for us. It is used in our daily life for various purposes. The computer has made a great change in education. The students of developed countries use a computer to prepare their study materials. The result of various examinations is prepared accurately by computer within a short time. Computers and the internet not only help students to explore creativity and imagination but also help to understand technologies. Technology has made research far easier than in the past.

It is a computer that has made possible automatic, telecommunication through STD. It has facilitated the internet and e-mail. It is also used to fly planes. Besides these, the computer calculates sums correctly. It is also being used in the agricultural sector in developed countries. Computer education enables the artist to create realistic images. In the field of entertainment too, musicians, having computer education, create multiple voice composition and the playback music with hundreds of variations. Moreover, it is helping in conquering space.

Use of computer began in Bangladesh in the 1960s and assumed a wider dimension gradually. All Govt. and non-govt. offices, educational institutions are now using computers. A course on a computer has been introduced in the secondary and higher secondary level. However, the day is not so far when computers will be used in every sphere of life in Bangladesh. Computer education enables the artist to create realistic images. In the field of entertainment too, musicians, having computer education, create multiple voice composition and the playback music with hundreds of variations.

The computer is a blessing of modern science. We cannot go a single moment without it. It lessens our works and makes our lives easy and simple. Thus, in a nutshell, computer education has become necessary for every person to make the work to be done in the simplest, easiest and quickest way. Today, there is hardly any field where a computer is not being used. Now it is upon us to make the best use of it.