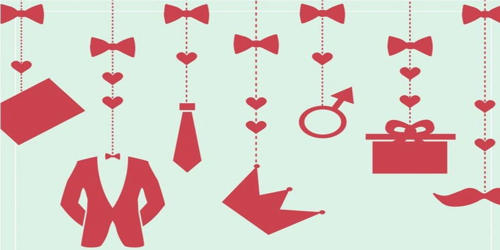 The last guest had left. The house was as silent as the grave. I stood at the front door and looked nostalgically down the empty driveway.

The events of the last week were a blur in my mind. I was too busy that week to reflect on any event. My beloved father had been laid to rest. In that week of loss, I had left all the funeral arrangements to a professional firm. I only had to receive guests and accept their condolences. My stepmother and my step-siblings hanged around, seemingly busy.

My stepmother, Maria whom my father married after five years of my mother’s death, treated me with kid’s gloves for I was then a rebellious sixteen-year-old teenager. I was too old to be bullied and too rebellious to be tamed. I got on well enough with my step-siblings though we had our differences and petty quarrels. After my high school, I left to study overseas and returned after ten years to learn my father’s trade. The ten years spent overseas as an undergraduate, then as a practicing corporate financial figure, had matured me.

I bore my father’s second family no malice. I returned home as a world-renowned financer and threw myself into my father’s company, chalking up success after success. Father built up his business empire on my mother’s wealth and his business acumen. Her untimely death was a big blow to him but he buried himself in his work. When he married my stepmother, I accepted it because he needed a wife. When she proved her worth as a businesswoman, he invested in the fashion industry, giving her a free hand to handle this subsidiary.

Father’s failing health two years before his demise, meant that I handled all the financial affairs of the parent company. Maria was not too pleased with my control but I gave her no reason to question me. I gave her a free rein to run the fashion industry her way. My step-siblings [Mark, Marx, and Mari] and my half-brother [Johan. Yes! There was an addition to that union!] whom I liked well enough to ensure that he had the best upbringing and education that money could buy, were members of the Board of Directors. They had their own designations in the company which they had to earn on merit. They
knew that blood connections did not assure them of safe employment.

The lawyers were coming that evening after dinner to reveal the details of the will to the family. Dinner was a silent affair. Everyone seemed closeted in their thoughts. I did see Maria surreptitiously glancing at me.

The two senior lawyers, Mr. Jack, and Mr. John arrived at 8.00 sharp. We were seated in the family room, waiting for them.

Mr. John read the will. In short, I inherited everything — lock, stock, and barrel! There were a few bequeaths to distant relatives and some favorite charities but the bulk was to me. I was shocked but in a way, I expected it. Father had hinted his intentions on many occasions when I stole time from work and rest to be with him. I spent ten years overseas. Now that I knew he did not have many years left, I felt a need to spend moments talking to him or just sitting in silence in his presence, enjoying the pleasure of his much-missed company. We did laugh a lot and even had some emotional moments which bonded us.

The other members of the family were stunned. Maria stood up and was about to say something when Mr. Jack shook his head. She sat down, clearly annoyed. My step-siblings and my half-brother were agitated and stared at me.

I signaled to Mr. John. He cleared his throat. “There is a second will.” Maria smiled. She must be thinking that she would be the main beneficiary, not me. Mr. John opened his briefcase, took out an envelope, and handed it to me. Maria’s eyes were puzzled. What now?

I opened the envelope, drew out the will, the second will. I read out the contents. I had decided to divide my property which I had just inherited. I had prepared two wills. One was if I should inherit all and one was if my father’s property was divided among the wife and the children. Father needed not to bequeath anything to his stepchildren but they were loyal to the company and had worked to earn his trust and respect. Any bequeaths to them would be seen as fair. Having explained that, I went on to my “will”.

Maria kept quiet because she had retained her “company” although I knew she disliked not being on the board. Her children got their share too so she should not complain.

So the one more will have surfaced. Did it mean all was well that ended well? Only the survival of the company would be the benchmark.