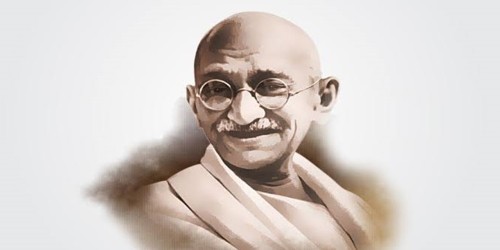 The most influential persons in my life – Mahatma Gandhi

The most influential persons in my life – Mahatma Gandhi

An influential figure is basically a role model for a person to follow. Most people I know cite their parents or well known political leaders or successful business persons as influencing their perception of life. As for me, the most influential person in my life is a historical figure and he died many decades ago. The person is Mahatma Gandhi.

Born as Mohandas Karamchand Gandhi into a strict vegetarian Brahmin family, Mr. Gandhi has always been my role model despite the vast generation gap between us. Mr. Gandhi’s passion and commitment to uplift the conditions of the poor in India as well as heal the animosity between the Muslims and Hindus in India are highly commendable. In fact, there are no words to describe his achievements, except he was a great man. Thus, the Indians gave him the title “Mahatma” which means Great.

Mr. Gandhi was very passionate about the ethical treatment of animals. He abhorred the killing of animals for food. According to him, a person’s morality can be measured by his or her treatment of animals. Thus, I became a vegetarian at a young age despite parental objection. I fervently believed in his compassion for animals and like him, I believe we can be called truly moral only if we learn to respect another life.

As a firm believer in non-violence, Mr. Gandhi was upset with the hardships and discriminations faced by the Indians under British colonial rule. The people were treated as slaves and the British were not committed to bringing the Muslims and Hindus together. In fact, Mr. Gandhi sacrificed his life for that. A radical Hindu nationalist gunned him down because of his unhappiness towards Mr. Gandhi’s compassion for Muslims. like Mr. Gandhi, I believe that as human beings we must have shared ideals and religion should not be a barrier for unity. Thus, I joined the Multicultural and Multi religious Society in my school in which I am the secretary. We regularly hold programs that would bring students from different races and religions to participate in the activities and learn from each other.

I would say Mr. Gandhi has been very instrumental in my success now as the secretary of the Non-Violence Association. Though the post is only at the state level, I am proud of my achievements as I am still relatively young. The president of the society had approached me one day and offered me the post. He found out about my active involvement in societies at schools as well as the Society for Prevention of Cruelty to Animals.

Mr. Gandhi was a small and rather fragile looking person. one can be deceived by his appearance as being weak and uninspiring. However, beneath that appearance, he is a firebrand. As a qualified and trained lawyer, Mr. Gandhi even fought for the rights of the colored and African people in South Africa during the Apartheid period. He was jailed for his outspoken views that all of us are equals, no matter our color, race or religion.

I do not think that Mr. Gandhi had any weaknesses. Of course, as a human being, he would have his own flaws but his impressive personality traits far outnumber and supersede his weaknesses.

I would like to emulate Mr. Gandhi and pursue a law degree and later specialize in human rights law. That would give me the necessary qualifications to join a non-governmental organization to fight for the rights of the downtrodden and the discriminated.