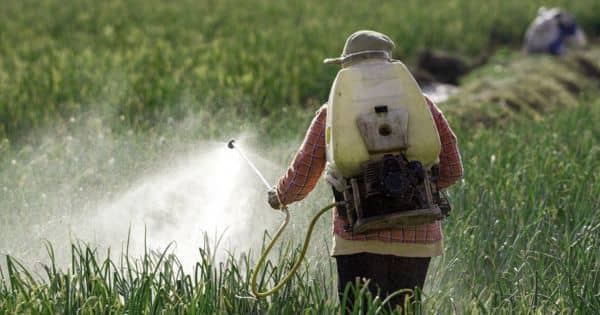 The pesticides and pollution will kill us – an open Speech

The pesticides and pollution will kill us – an open Speech

In recent years, people have been exposed to several types of substances with broad-spectrum due to the rapidly evolving technology. One of these chemical substance groups is pesticides. The term pesticide covers a wide range of compounds including insecticides, fungicides, herbicides, rodenticides, molluscicides, nematicides, plant growth regulators, and others. Pesticides have been an essential part of agriculture to protect crops and livestock from pest infestations and yield reduction for many decades. Despite their usefulness, pesticides could pose potential risks to food safety, the environment, and all living things.

‘The air is so polluted. Moreover, you have just recovered from that dreadful fever. Make sure you stay at home.

‘Yes, added Grandmother. ‘We’ll just hop out for a minute. Your aunt and uncle are feeling poorly. And your young cousins are critically ill. It’s an epidemic that we are having.

‘Don’t do this. Don’t do that. Don’t go there. Don’t go out. I am suffocated in this dark damp corner. I can scream: And scream she did.

‘What’s the row?’ asked Hermit as he popped his head into the room.

`I’m so bored. There’s nothing to do.

`Well, young girls are not supposed to be gallivanting around. You are supposed to stay home and..:

`Please! Enough!’ Hermit was heading off when Jeanie ran after him.

`Hey! Where are you going? Take me with you. ‘To the city, of course.

`I want to go. I have been like a prisoner in the house. All because of a little fever. I am suffocated by all the constraints and the dos and don’ts and ..:

`I heard so much of the new development in the neighborhood – the gigantic new factory that has just been opened. Could you ..:

`No. Sorry! I’m not going there. Anyway, your mum would kill me if I were to take you anywhere near there. Bye. Be good.’

Jeanie screamed until her voice came out in a croak. However, she was determined to have her way. She walked as fast as her short legs could carry her. Looking left and right, she trotted towards the direction of the spewing smoke.

It was sweltering. But her eyes glistened excitedly when she caught sight of the towering chimneys and then the factory itself. Jeanie went further down the road, keeping to the grass verge. She was determined to go and have a look at the factory as her family members had forbidden her to do so. `This will show them not to treat me like an infant!’ she thought to herself.

Before long she could feel herself getting dehydrated. Her skin seemed so hot, as though it was on fire. Jean started panting. Gasping for breath, Jeanie felt faint and lost consciousness.

It was evening when Jeanie was found. ‘There are so few of us black-eyed litter frogs left. Another tragedy. We will be extinct soon, sighed Granddad wearily.

‘If only she had listened to me, sobbed Mother. ‘I repeatedly warned her contaminants to enter our body easily. Pesticides and pollution will kill us. Humans destroy us.