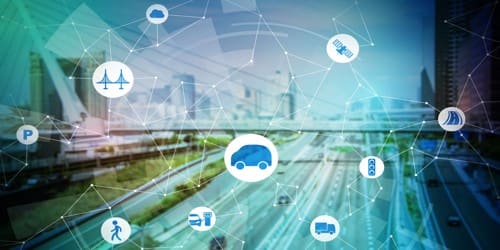 The Revolution in Transport and Communication – an Open Speech

The Revolution in Transport and Communication – an Open Speech

The age of revolutions in transportation and communication that we live in began two and a half centuries ago. For the purpose of this speech, we can discount the train, ship, motor car, and telephone, because they have all been with us for many years, and consider more recent developments, As we do so, we are confronted with a bewildering array.

Taking transport first, the most dramatic advance has been in rocketry. At this moment, both the USSR and the USA are capable of putting men `into orbit’ round the earth, who can even leave their space-craft and float in the space. Permanent scientific satellites already carry equipment that feeds backdate to the earth. The second revolutionary advance is the speed of air transport due to the development of the jet engines. Invented by Sir Frank Whittle, this engine today, powers aircraft to incredible speeds and heights. The ‘sound barrier’ is broken very easily and high flying reduces air friction so that crossing oceans and continents is now a matter of hours. The safety factor has also been highly developed. Airline disasters continually make the news, but in fact, the accident rate in flying is very low. For local transport, the helicopter has become an incredibly useful machine. Able to hover, land and take-off vertically, this aircraft needs only a confined space; even the top of a large building or a small jungle clearing will do. The machine has shown its paces in war, and also in the more humane tasks of land-sea rescue, collecting land-casualties and dropping food and medical supplies. Perhaps bracketed with this machine is the hovercraft, land-sea or land by means of compressed-air jets. For short, comfortable journeys, this transport innovation is ideal. Four of them have recently been ordered by Britain for the English Channel crossing. Finally, of course, nuclear fission has helped transport. The nuclear engine can operate for months without refueling, with the result that submarines carrying strategic nuclear weapons, can remain undersea almost permanently, and that nuclear sea-transports are independent of fuelling-stops.

Turning to communications, we find a series of similar advances. Perhaps the modern age dawned when the murderer, Crippen, was arrested in 1910, as he left the trans-Atlantic liner in the USA where subsequently, he was tried and executed. His arrest was due to the radio-telephone, an invention which has been of great service ever since where world-wide instantaneous communication is desired. Nowadays, it is possible to pick up the telephone in Singapore and within a matter of seconds speak to the subscriber in London. This is achieved by a series of booster radio stations set up at intervals for this purpose. The undersea cable supplements this method, and it is not possible to send pictures by both means. This is a boon to journalists. Internal communication has, of course, been greatly improved. A large office or factory nowadays relies greatly on two modern methods of communication; that of the intercom telephone system, which enables offices to exchanges notes at the drop of a switch, and the ‘public address’ system for disseminating news and even ‘music while you work’. The same system is used on ships and at sports meetings, among other places. The last has marked the development of radar, which is really a locating system. Radio waves ‘bounced’ back from the object located define its position, on a screen. Television is, of course, the best-known advance in communication. It has a variety of scientific uses in addition to its commercial use as a news and entertainment medium. Satellites such as ‘Telestar’ and ‘Early bird’ now enable television to be used on the world-wide scale.

We live in an age of scientific marvels, which could make for a better, happier world – were their employment confined to humane purposes. But every one of these inventions can be misused, and the reflective mind is saddened by the fact that whereas man is making enormous advances on the scientific front, he is still in the dark age from the moral point of view.