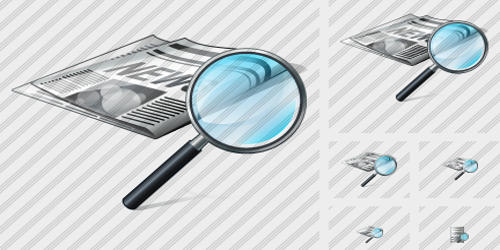 The Search – an Open Speech

The Search – an Open Speech

Cries of distress and moans of pain filled the air. I looked around at the almost surreal setting, stunned by the confusion around me. The entire area was still reeling from the shock of the bomb blast just minutes ago. I knew I was coming to a war-torn country, but even that knowledge could not prepare me for the horror of the real thing. I could not imagine what I was going to suffer in the days ahead in my search for the child prodigy.

My company had sent me here to locate a child who had demonstrated signs of musical competency during a competition created to select a representative for the country at an international competition. Unfortunately, before the boy could unveil his talent to the world, rebels in his country had overrun the government and seized control. The upheaval in the days that followed had also seemed to swallow up any signs of the boy. My company directors were ardent admirers of musical talent, especially when such discoveries would bring in lots of publicity for their recording company. Hence, I was despatched with much unceremonious haste to the country to bring the boy back. This was despite the reports of civil unrest in the region.

I resolved to locate the boy quickly before I became merely a statistic on the casualty list. I pushed my way past the dazed crowd in the area, trying to get to the next street where I had been told the boy was last seen. When I reached there, the same scene of devastation greeted my eyes. I was demoralized. What if the boy had been killed in the blast? Quickly, I rushed to the fourth house down the street, trying to keep my flagging spirits up despite the sight of the burning house. The heat was so great that I could not get into the house at all. All I could do was stand outside calling out the boy’s name, hoping against hope that he would answer my call. But it was futile. No longed-for voice answered my desperate calls.

Finally, I decided to make my way back to the hotel, or rather, what was left of it. As I neared it, I suddenly became aware of footsteps behind me. Fear prickled along my back as I quickened my footsteps, hoping to outpace the pursuer. But try as I might, the footsteps remained steady behind me. At last, my stamina fell flat, and I whirled around to confront my pursuer. To my surprise, it was a bedraggled little boy. Hope soared in my heart as I realized that, underneath all that soot, was the face of the prodigy I was seeking! My search was over! Almost delirious, I picked him up and asked if he was Nikolai Nostri. He nodded grimly, a lifetime of fear and agony imprinted on his every feature. He was clearly tired and frightened, fanning the embers of pity in me. I led him back to the hotel, holding his tiny hand tightly.

Luckily, the hotel was not greatly affected by the blast and could still function. I telephoned my company to tell them the good news. After dinner, I brought Nikolai to the grand piano proudly displayed in the hotel lobby. Nikolai was a genius who could allegedly coax heavenly music out of the most cantankerous instrument. And he had absolutely no formal training! I told him my wish to hear him play and seated him gently before the piano. He reached out tentatively to touch the keys, and after a long while, he began to play. The resulting music that filled the room quietened everyone.

Suddenly, the music stopped and Nikolai’s head slumped loudly onto the keys. I rushed to him. Mutely questioning, I wiped the tears from his eyes. In a quavering voice, Nikolai answered my unspoken question, “I’m no good. If I were, all this wouldn’t have happened. Papa would not have died. It’s all because I am not good enough. It’s a punishment for me daring to try!” The awful words hit me like a pail of ice-cold water thrown at me. I had never met anyone with so much talent, and yet so little confidence. How was he to face the demands of the company directors who would insist he produces music, whether he liked it or not. The joy of the evening suddenly turned to ashes for me.