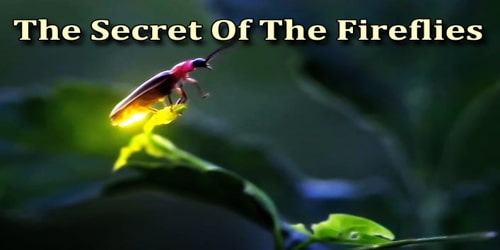 The Secret Of The Fireflies

Scientists have long known what causes the yellow, orange or sometimes even blue flickers of light that fly around our back yard on summer evenings. They are the fireflies, also known as lightning bugs, and they have fascinated scientists and laypeople alike for ages. About 2000 species of fireflies exist today, and they mostly live in warm environments. These insects are actually beetles and belong to the family Lampyridae.

What causes those flickers? Scientists have known the basics all along, oxygen, magnesium, calcium, and luciferin, a chemical that is naturally occurring that causes the bioluminescence from the firefly’s abdomen.

However, the actual chemical reactions that cause the firefly’s light have been a mystery. Bruce Branchini at Connecticut College, Yale University, and his colleagues seem to have solved the mystery. The findings of their study were recently published in the Journal of the American Chemical Society, and it sheds light on the chemistry that lies behind the bioluminescence. Branchini’s studies showed that the oxygen responsible for the firefly’s glow is in a special form: a superoxide anion. It is a form of molecular oxygen-containing an extra electron. This enables the oxygen to react with luciferin, to produce the glow.

Stephen Miller, at the University of Massachusetts Medical School (UMMS), a chemical biologist, said that this phenomenon is important as an area of research because luciferin has potential uses in the medical field. For example, a team of scientists including Miller used luciferin to detect specific enzymes in the brains of living rats, which could lead to identifying a method of looking at the hidden mysteries of the human brain.