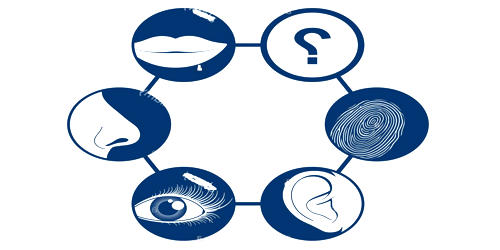 The sixth sense a gift of God

The sixth sense a gift of God

Yan-Yan was as ordinary as the next child. He had all the childhood ailments, from which he suffered and recovered without much ado. He strolled past play-school and kindergarten, reveling in play more than study.

It was in primary school that he displayed some strangeness. He got on well with most of the boys but he was particularly kind towards the small and puny, those who were bullied. He stood up to the school bully and class bully. He was not a giant, being the average size for his age. They were wary of him, keeping their distance. He did not have to fight them but his posture was enough to make them think twice about challenging him. There was a hidden strength in him that caused bigger sized boys to respect him.

Yan-Yan was indeed different. His paternal grandmother, Por-por took him under her wings. She saw in him the tenacity, a trait he acquired from her. She knew that he was special and she promised herself that he would inherit all her skills and knowledge which she had acquired from her paternal grandmother. She plied him with her natural and learned knowledge and he took to them like a duck to water.

At first, he was afraid of what he could see in the people around him but as he learned the skills to face them, to claim their power and to use them for the benefit of mankind, his fear disappeared. His sixth sense, as his Por-por said, would be his wisdom and strength to use for good, and never for evil. All humans are born with two eyes but he had the sixth sense.

His afternoons after completing his homework and studying were spent assisting his Por-por when the ancients [the elders] came to consult her about health complaints for which modern medicine seemed to have done little for. These elders trusted Por-por’s herbal concoctions and though sometimes bitter, took them without a murmur. Sometimes, he heard her advising them to consult the men and women in the white coats.

On weekends, Yan-Yan would accompany his Por-por to the jungle to look for herbs. She painstakingly taught him how to identify the myriad trees, plants and shrubs, and their medicinal uses. She warned him not ever to destroy the greens of the jungles but to preserve those that he could grow in the garden plot.

“We have to protect the environment. Be Nature’s friend.”

It happened that one day, Por-por fell quite ill. Even her own potions could not help her to recover. Yan-Yan sat deep in thought and as he meditated, he had a vision of the plant that was to be the herb to heal his grandmother. He hurriedly went into the jungle and trekked to a plot where he had not ventured before. There he saw a colorful plant [of seven colors]. He took seven leaves, went home, and boiled them. His Por-por drank the soup. He did it for seven days. On the seventh day, his grandmother got up and went about as though she had never been ill.

Por-por smiled. “Thank you, Yan-Yan. I’m proud of you! You have learned well!”

Yan-Yan smiled, “Por-por, you are a great teacher!”

Yan-Yan continued to go to school and continued to learn his grandmother’s profession. He was particularly kind to his friends who were from poor homes. He gave them “the sixth sense” treatment so that their energy level remained high. He gave them courage and determination to face the battles of life.

Yan-Yan spent his holidays learning the scriptures in the temple. He also learned meditation to strengthen his inner resolve.

Yan-Yan knew what he had to do in the future. If it was so willed, he would pursue a medical career that would allow him to practice healing. Then he would study traditional and natural medicine. This was his dream: to combine the modern with the traditional and bring about wellness.

“Would I be able to fulfill my dream? Only the passage of time would give him the answer.