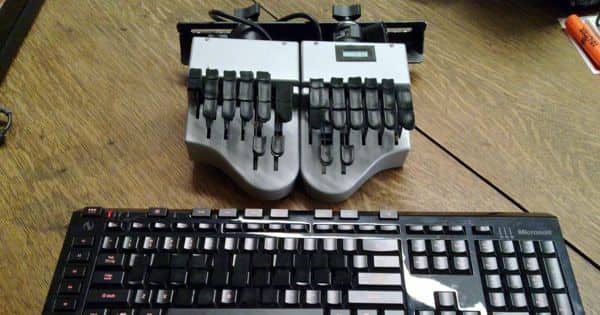 The term ‘stenographer’ is according to the Oxford dictionary, a “pedantic” variation of the more homely phrase the ‘shorthand writer’. If may be pedantic, but certainly it has found favor with al. the employer perhaps feels as much dignified when he summons his stenographer, as the latter feels when he introduces himself as one it seems to lite a man from his commonplace vocation into something not so common. “What’s in a name!” said Shakespeare, but we say, “What is not in a name.”

Shorthand-writing in some form or other was in demand and use long before it was organized into a scientific system. Some individuals always practiced some kind of improvised shorthand. A literary ‘pirate’ we are told, printed Shakespeare’s ‘hamlet’ from ‘short-hand notes’ some sort. But long before that, the Romans, we know, used a method of recording the speeches delivered in the Senate. They placed a number of their swiftest writers in different parts of the hall, and then put their notes together, and so built up a more or less full record of a great speech. But shorthand, as we understand it, as a system of rapid writing by means of abbreviated signs, was a much later innovation. Experiments were made by various men all through the eighteenth century in England. It is upon these that Isaac Pitman based his world-famous system in the nineteenth century, and his book ‘stenographic sound-hand’, published in 1837, is a distinct landmark. Perhaps the greatest stimulus to experiments and innovations was the need of reporting speeches in parliament and proceedings in the law-courts. It may be interesting to remember that Dickens was a parliamentary reporter, and the great lawyer, Edward Clarke, invented a system at the beginning of this century, which enjoyed some vogue. In Bengal Rabindranath Tagore’s eldest brother Dwijendranath devised a short-hand script in the vernacular which has given the art a new direction. Since independence short hand-writing in the Indian languages is fast developing and several systems are in use in different schools. Apart from pitman’s Gregg’s and Sloan-Duployan’s systems are the most popular.

The stenographer is indispensable in modern offices, law-courts, and legislatures. We of today are always running after time. There is more work to be done to do it in. hence the endeavor is to put in the maximum quantity of work within the briefest compass of time. The administrator has to write letters, reports, and instructions from the moment he enters the office till he leaves it. He would never be able to do it if he had not a capable band of stenographers to take down his dictations and type them off. A modern democratic government is run by councils and committees, and if a capable stenographer did not keep adequate records of their proceedings, work would soon be in hopeless confusion. Since publicity is the essence of government by the people and for the people, all newspapers must have a staff of stenographers to make notes of proceedings in parliament and law-courts to be used by the editorial staff. Hence it seems that the demand for stenographers will never grow less.

A good stenographer should be properly qualified if he wants to achieve distinction. He must have a sound educational background. This includes proficiency in the language he uses. Knowledge of economics, politics, and law will also be a great help. It is important for him to try and keep himself abreast of world affairs. In these days of international conferences and contacts, an efficient shorthand writer can very well dictate his terms. Apart from his general education, a shorthand-writer must be a good typist. For he must transcribe his shorthand notes in the ordinary script. Till lately, the term steno-typist was in vogue to indicate a stenographer who was a typist. Now, of course, one word is enough, for a typist need not be a stenographer, but a stenographer must be a typist.

In Europe, a stenographer is usually a woman. Here also, every year the number of women ‘stenos’ is increasing, and they will perhaps soon crowd out the men. One reason may very well be that women are perhaps more neat and precise than men and in this profession, these qualities are more important. But while women in the legislatures, in law-courts and conference-rooms, where work is more strenuous. But whether the stenographer is a man or woman, he or she must be smart and always in proper trim.

The routine work of a stenographer is apt to be monotonous and boring. Sensations come rarely. Hence the danger is that he may soon get to be rather stale. To prevent this risk, a stenographer should always seek ways of self-improvement. Let him spend each moment outside his official duties in enriching his mind with an acquaintance in literature and other subjects. This will not only add a great deal to his general efficiency but – it will also keep his mind fresh and elastic so that the monotony of it will not enter his soul.