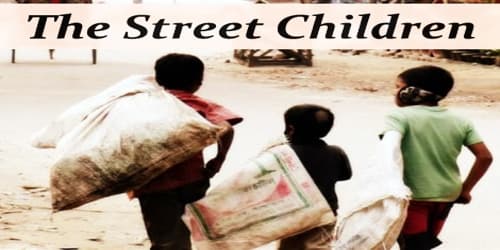 The condition of the street children is deplorable to the highest order. It has become a grim Issue in Bangladesh. They have no family environment in their life. These children have no hearth and home. They have to live under the open sky. They roam around in the city in search of livelihood. They somehow manage a room to sleep somewhere at night. But they are always found to pass their nights in the street under the open sky. Gabtoli, Kamalapur, Syedabad, and Sadarghat are their places. They earn their livelihood by working hard. They have to do many hazardous odd jobs. They are low paid and are deprived of education, health care, and nutrition. They are always exploited and repressed easily. It is estimated that there are more than 600,000 street children living in Bangladesh, 75% of them live in the nation’s capital, Dhaka. In a country ranked 138th on the Human Development Index and where 50% of the population is living below the poverty line, these children represent the absolute lowest level in the social hierarchy, in the world’s most densely populated nation. Nowadays the population in this country increased, and the number of street children has also increased to an estimated 4 million. Most of the street children have no family identity. They are born and brought up in the streets. Most of them are forsaken by their parents. Some of them have either a father or a mother. They are deprived of parental love, affection, and care. They are deprived of the happiness and security of family life. They suffer from a lack of education and health care, safe water, proper food, etc. As they are forsaken by their parents, they can never ensure the security of their lives. In case of any crisis, they do not get any sort of support from any quarter.