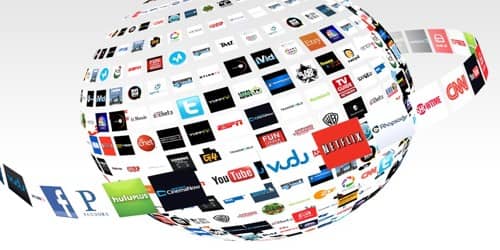 The World of Entertainment

The World of Entertainment

Throughout history, man has demanded entertainment. Greek tragedy and comedy were an important feature of ancient society, staged in impressive open-air amphitheaters. The troubadour and ‘strolling players’ of medieval times were welcomed in hall and cottage alike, and the shadow and puppet plays of the East, even today, can draw crowds of village spectators. Thus, it has been, and always will be in every country in the world.

‘Entertainment’ implies non-participation by the audience. A football match may be entertainment to the spectators, but it is sport to the players, and when we think of entertainment, we must exclude, ‘activities’ such as indoor games, card playing, dice, tenpin bowling, even amateur theatricals, because the point of all these is that we are providing our own amusement. To be ‘entertained’, we must be content to look and to listen. Music, as an art form has existed for thousands of years as a form of entertainment and has in this respect served its purpose well.

Modern entertainment has become a highly organized business, and in most modern countries, it is available in bewildering variety. In a big city, every conceivable taste can be met, from cabaret to ballet, from radio and television to the opera and the circus, from the ‘straight’ theatre to the ‘Pop Ground’, from the cinema to the variety show, and from the comedian to the symphony concert. And where different races. live side by side, as in Singapore, to these may be added the traditional performances of the Chinese, Indians, and Malays.

And what an attractive world this is – especially to young people! We can see that now teenagers are more involved in entertainment activities. There is a glamour and glitter about it all which makes it irresistible. The prominent ‘stars’, especially, the ‘pop’ stars, of today become the idols of the adolescents, who imitate their clothes, habits, and hair-styles, and dream of becoming famous and wealthy themselves. When we talk about entertainment, we can say that the internet and television is an important source to get entertain teenagers.

Among them, there are a few who, having talent, try to break into the world of entertainment and, of these, a small minority succeeds. The truth is that bitter disappointment awaits the majority of young hopefuls, yet some carry on, and among them are the few who, not only possess talent but who also have the good luck to be ‘spotted’. But even this is not the end of the story. The real problem is not to ‘break into’ entertainment, but to keep your place in it, and this means not only good basic training but also having the originality to produce more and more new material. A musician in an orchestra will receive a small, if steady wage; a pop-group guitarist perhaps a hundred times as much; a trained stage actor will be paid far less than a more glamorous, but far less gifted cinema star.

Thinking of the average professional in the world of entertainment, one marvels that he is prepared to go on at all; his conditions are such that nobody without a vocation for entertainment would ever consider his life at all. At times, he will be working, and quite well-paid, but there will be other times when he is ‘resting’ i.e. out of work, and then he may hardly be able to buy food and shelter. Moreover, when he is in funds, he will be helping his less fortunate colleagues; the theatricals are a generous race.

Beneath the glitter and the glamour lies hardship and heartbreak for the majority. The promoters, the managers and the impresarios are never poor men, and the entertainer becomes pathetically dependent on them — especially when his public image is fading. But despite all this, we still have the professionals and always shall — because the world of entertainment has an eternal, irresistible glamour. ‘The show must go on !’