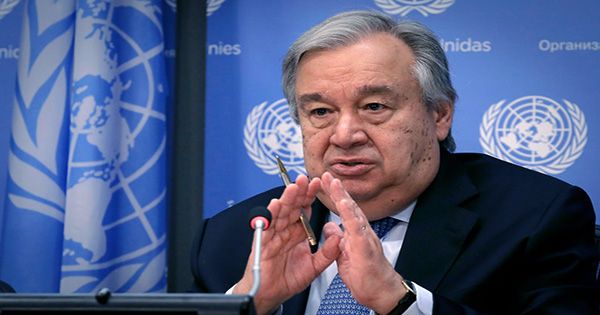 NEW YORK, June 30 (Reuters) – UN Secretary-General Antonio Guterres has called on US President Joe Biden to lift or lift all sanctions against Iran, saying a 2015 deal aimed at preventing Tehran from developing nuclear weapons had been agreed. In a report to the UN Security Council, Guterres called on the United States to “increase concessions on oil trade with the Islamic Republic of Iran and fully renew concessions for large-scale nuclear non-proliferation projects.”

The 15-member council will discuss the implementation of the 2015 resolution on nuclear deal between Iran, the United States, France, Britain, Germany, Russia and China in the secretary-general’s biennial report on Tuesday. Guterres’ call in Washington came through negotiations to revive the deal, known as the Joint Comprehensive Plan of Action, under which Iran has adopted sanctions on its nuclear program in exchange for many foreign sanctions. Former U.S. President Donald Trump abandoned the deal in 2018 and re-imposed tough sanctions, persuading Tehran to start violating some nuclear limits in 2019.

“I urge the United States to lift its sanctions on Iran,” he said. Iran has refined uranium to about 60% purity, which is more than the agreement limit of 3.67% and close to 90% suitable for the atomic bomb core, although it maintains that it only wants civilian nuclear power and can quickly reverse your movements, if Washington withdraws the sanctions and returns to the 2015 agreement. Guterres said: “I continue to believe that the best way to ensure that the Islamic Republic’s nuclear program is maintained exclusively and peacefully is the best way to do so.”

NEW YORK (Reuters) – US Secretary-General Antonio Guterres has called on the administration of US President Joe Biden to lift or lift all sanctions on Iran in accordance with a 2015 agreement aimed at stopping Tehran from developing nuclear weapons. In a report to the US Security Council, Guterres called on the United States to “increase the waiver of the Islamic Republic’s oil trade with Iran and renew the waiver of its nuclear non-proliferation program.”