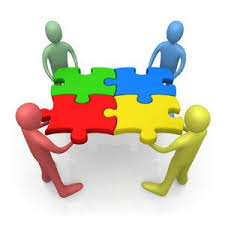 To illustrate this situation, assume that the computer use varies from one year to another. We will take hours of computer use as the basis for our computations of depreciation expense. During 20X7 the computer was in use for 8,000 hours, in 20X8 – for 12,000 hours, in 20X9 – for 4,000 hours, and in 20X0 – for 16,000 hours (totaling 40,000 hours). The first step in determining depreciation expense under the units-of-production method is to calculate the cost per unit of production (usage, in our example). This cost can be calculated by dividing the total depreciable cost (historical cost – salvage value) by the number of hours the computer is expected to be in use over its useful life. The cost per hour is $0.5 ($20,000 / 40,000 hours). Then the depreciation expense for every year is determined by multiplying the cost per hour by the number of hours the computer was in use. The table below shows the computation results: